In game theory, games are divided into groups, two of which are simultaneous and consecutive games. In the following, we will discuss the differences between these two groups.

In  simultaneous games, players play simultaneously and are unaware of the movements and actions of other players. Chess is a sequential game, and stones, paper, scissors is game. 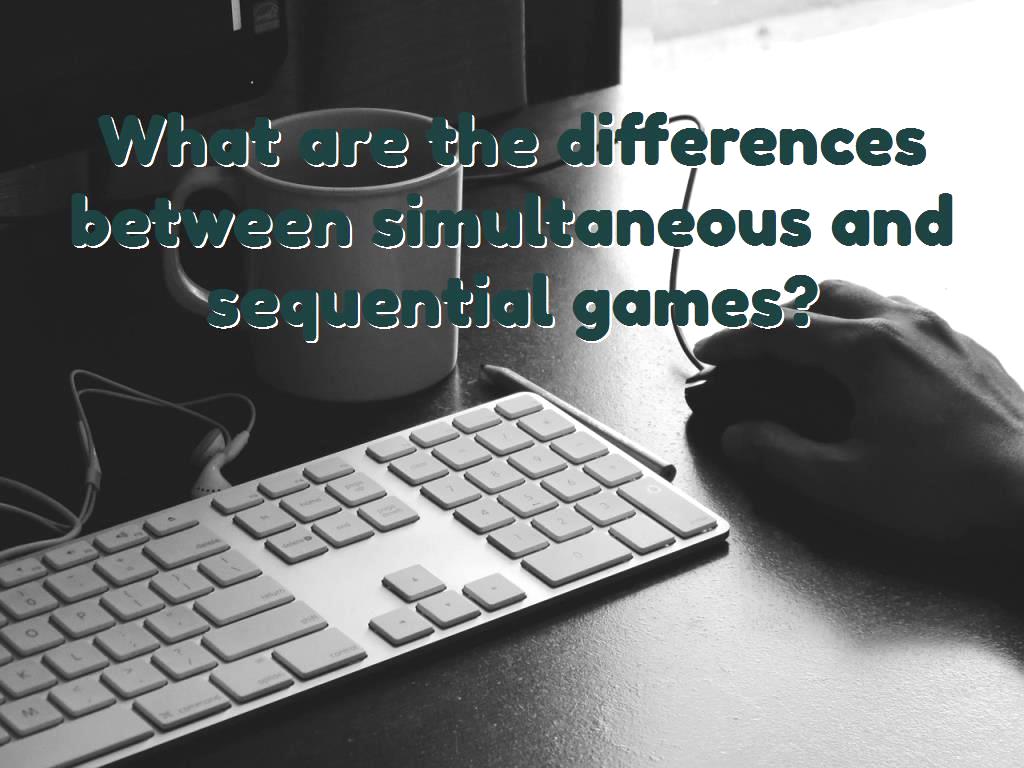 What is game theory?

Before discussing  simultaneous and sequential games, we need to get acquainted with  game theory.

Game theory is a branch of applied mathematics used in various sciences, including biology, economics, politics, computer science, and the stock exchange.

This theory was first proposed in 1921 by a French mathematician and based on a review of several casino games.  Game theory  tries to use mathematics to analyze people's behaviors in a competitive game and steer the game in the desired direction of the players.

This theory solves the game. In fact, by gathering enough information about possible situations and choices for each player in different situations, he tries to predict the game's future.

This theory divides games into several groups, two of which are  simultaneous gaming  and  sequential gaming. Many of today's popular computer games are in the group of simultaneous gaming. Call of the Duty is one of these games which has many fans.

What is a sequential game?

Sequential or dynamic play is a game in which the player chooses his action before others choose their action. In this type of game, each player is informed of the move made by the opposing player, and according to that, he decides what to do in the next move. The difference between  simultaneous games  and  sequential games  is whether or not the players are aware of the opponent's movements. In fact, in such games, the next move of each player depends on the previous move of other players. An example of this series of games is chess.

What is a concurrent game?

In the simultaneous or static play, players continue to play simultaneously without knowing each other's movements and actions. In this  type of game, players do not have much information about the performance of their opponents and choose the game strategy regardless of the opponent. This type of game is the opposite of a sequential game in which the player continues the game according to the opponent's actions. In-game theory, simultaneous and sequential gaming are different in the data set. 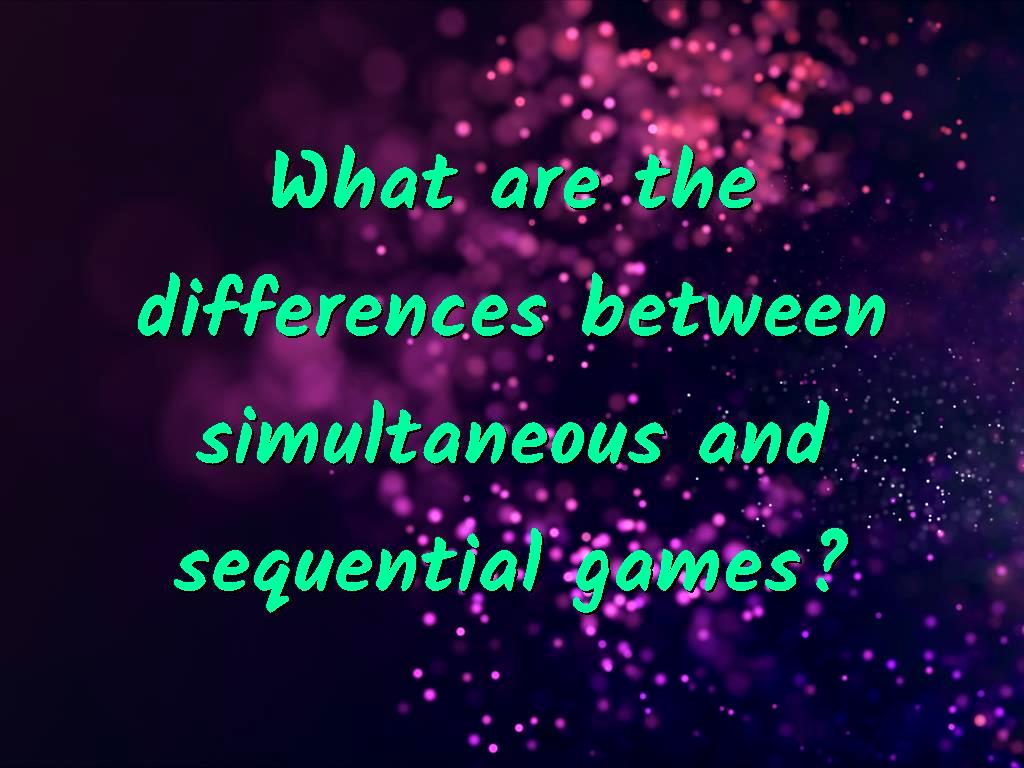 Two examples that help to better understand the concept of concurrent games are:

- Stone, paper, scissors: In this game, all players play simultaneously, and the choice of the rest has no effect on their choice. This game will encounter problems if it wants to be played consecutively. For example, if the first player chooses the paper, the next player will undoubtedly choose the scissors.

- Voting in elections: In elections, each person makes his choice regardless of the votes of others.

Since in  sequential games  each player decides according to the previous move of the opposing player, it is important which player starts the game. The same initial move in the game can be a source of player gain and the opponent's loss.

But in simultaneous games, because each player plays independently of the strategy and movements of the other players, it does not matter which player starts the game first, and it has no effect on the player's win or losses.

Justice in concurrent and play:

Perhaps the question arises which of the simultaneous and sequential games.

There is no such situation in a simultaneous game, and even if the game is not exactly simultaneous, each player's game is independent of the others.

Predicting the future of the game:

In  simultaneous games, new players, usually less skilled, enter the game and try their luck. In sequential games, there may be players who have high skills in a particular game, and usually, this group of players likes to compete with others and enter the game.

To have a better understanding of simultaneous games, pay attention to the example of the prisoner problem ‌. In this game, two people are arrested for a charge, and each of them is interrogated separately. The following conditions apply to these two defendants:

- If both people confess to a crime, they will each go to prison for four years.

- If none of them confess, they will each go to prison for a year.

It is important to note that neither is aware of the other's decision.

We can consider this as a game using  game theory. In this game, each player chooses without knowing the other player, and the order does not matter. So it's a simultaneous gaming.

Another example of simultaneous games is the game of wives' war, in which a couple wants to go to the theater or cinema, and in this game, it is important for them to be together, and they have to decide at the same time. 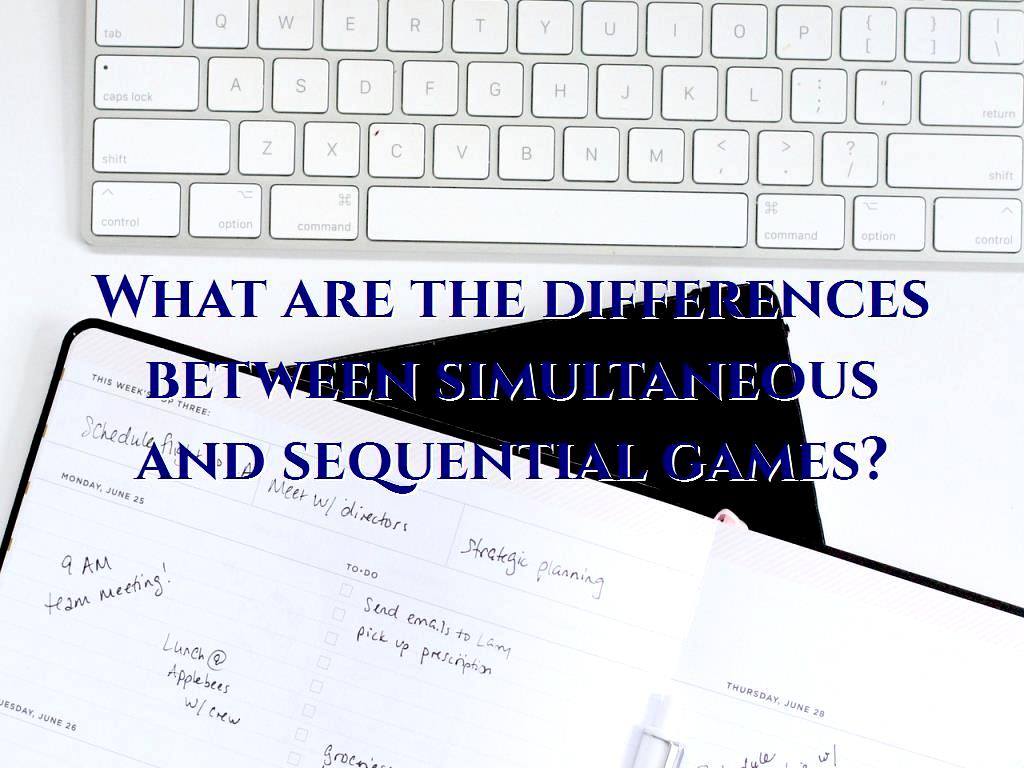 Nash equilibrium is a state in which the player does not make a profit by which no other strategy gives him such a profit, so he chooses it.

In the case of prisoners' conflict, Nash's equilibrium is that both men confess, and therefore four years in prison is chosen for each.

Click here to create a mobile game
How to use a gamepad?