Mobile is portable, and thus you can continue your game in every place, and you don't have any place restrictions. Personal computers show very high-quality pictures to you, and you can upgrade them and play new games on your old pc. 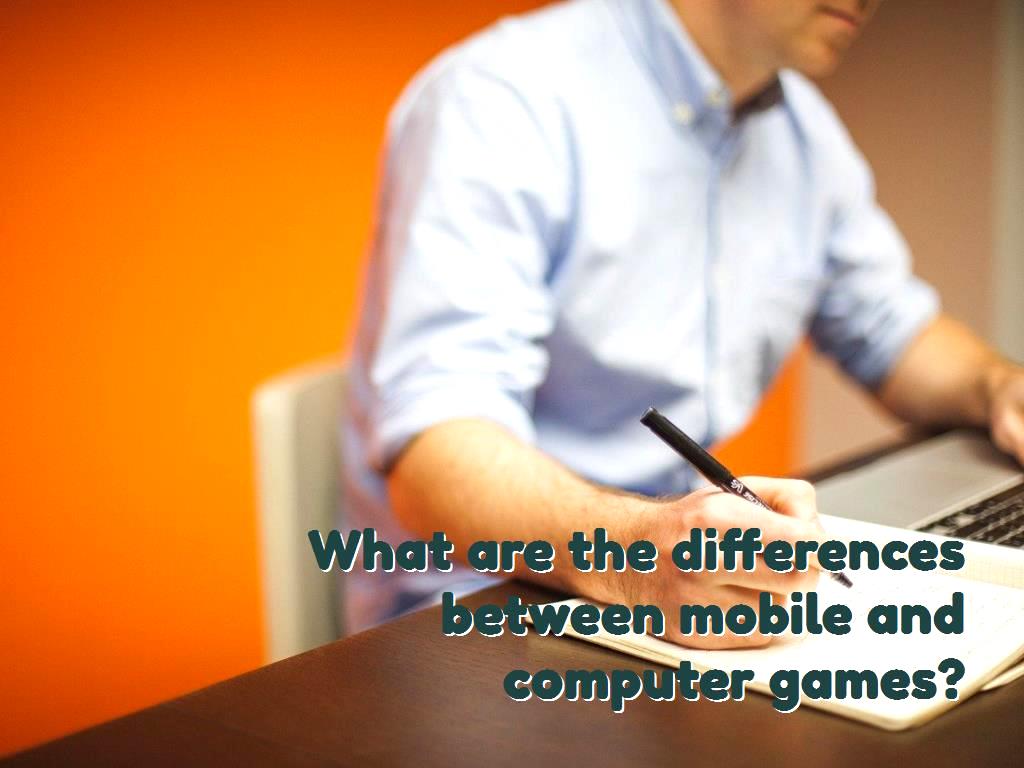 What are mobile and Computer games:

Video games appeared in the late 1970s. These games were presented on  game consoles  and played on screens such as television. In the 2010s, with the advent of social games, the smartphone  gaming market  expanded rapidly. In 2013, the smartphone gaming market surpassed the home video gaming market, and today anyone can easily play via their mobile phone. Mobile game users use more than 70% of smartphones. With the successful development of smartphones in recent years, among  mobile and computer games,  mobile games  have become more popular, and many users tend to use  mobile games.

Technology has advanced so far that games full of graphics can also be played on the go. Both platforms have their advantages and disadvantages to the game.

Online games  are games located on a server, and terminals such as personal computers or smartphones via the Internet can connect to the server and use the games. Smartphones and high-speed mobile internet are available to users almost everywhere, and users can play these games anywhere without any restrictions.

PCs have many benefits, some of which are as follows:

- It is possible to create shortcuts for specific actions of the game.

- Better image quality and more realistic image. For people who are used to playing with a computer, playing with a mobile phone is difficult. Using powerful graphics cards in personal computers, K4 technology is supported, which can turn on millions of pixels (more than 8 million) at the same time and cause excellent image quality. This technology has been used in a very small number of mobile phones, which are not very popular due to the multiplier consumption of batteries.

- They have more accurate peripherals than mobile phones and allow for major changes in the game.

- Computer hardware can be customized and can be upgraded if necessary. The three most important components that gamers usually work on and upgrade are the graphics card, RAM, and hard drive.

Winning a match is the real thrill of the game, but with added sharpness, you can enjoy an indescribably uplifting feeling. You can control the image quality with integrated graphics or a graphics processing unit (  GPU  ) or graphics card. You can also play on multiple screens on your PC simultaneously. 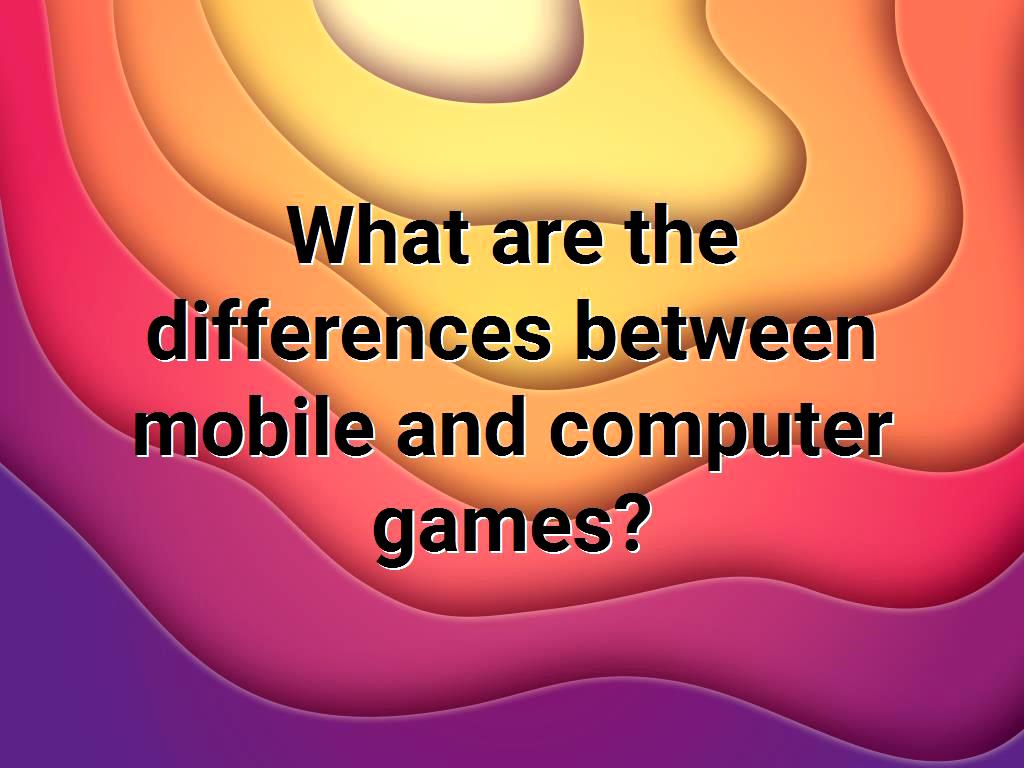 Control how you play, game accessories:

Unlike smartphones, which have limited gaming methods, PCs allow you to play games using Enjoy a variety of controllers and mice. For those who want to relax and enjoy the game, there is no choice but to choose a wireless controller, joystick, or steering wheel for racing games. You can also use a gaming mouse on your computer when accuracy is important.  Gaming mouse  is precise and offers exceptional control and accuracy in shooting. Such accessories are often the favorite of professional gamers. Of course, the screen size of smartphones has also increased, and their touch power has increased. Some users may prefer to work with a touch phone.

Games for a particular PC:

Of course, some games are only compatible with mobile phones, but some are popular games that can only be played on a computer. Like mobile phones, before deciding on a PC, consider which system supports your favorite games. Many special mobile games can also be run after installing a simulator on a computer.

Perhaps the best mobile feature that has made it popular is its portability. People who play with a mobile phone have no place restrictions and can play their game anywhere and enjoy the game. There is no portability in a personal computer, and the gamer has to be in a certain place to play the game, and this is one of the disadvantages of playing with personal computers.

Many games for PC need to install special software such as Flash Player, DirectX, .net framework to launch and run. In some cases, the game may not be compatible with the operating system on your computer at all, and you will have to install a new operating system. On the other hand, the initial startup of a computer is longer than the startup of a mobile phone. Games are installed faster and easier on mobile phones.

An important point that may concern many gamers is whether their privacy is protected when playing  mobile and computer games.

Certainly, none of the users like to have their other information stolen during the game. There is a privacy issue with computers and mobile phones. Research has shown that the possibility of stealing users' information while playing with a mobile phone is higher than when the user is playing with a personal computer. 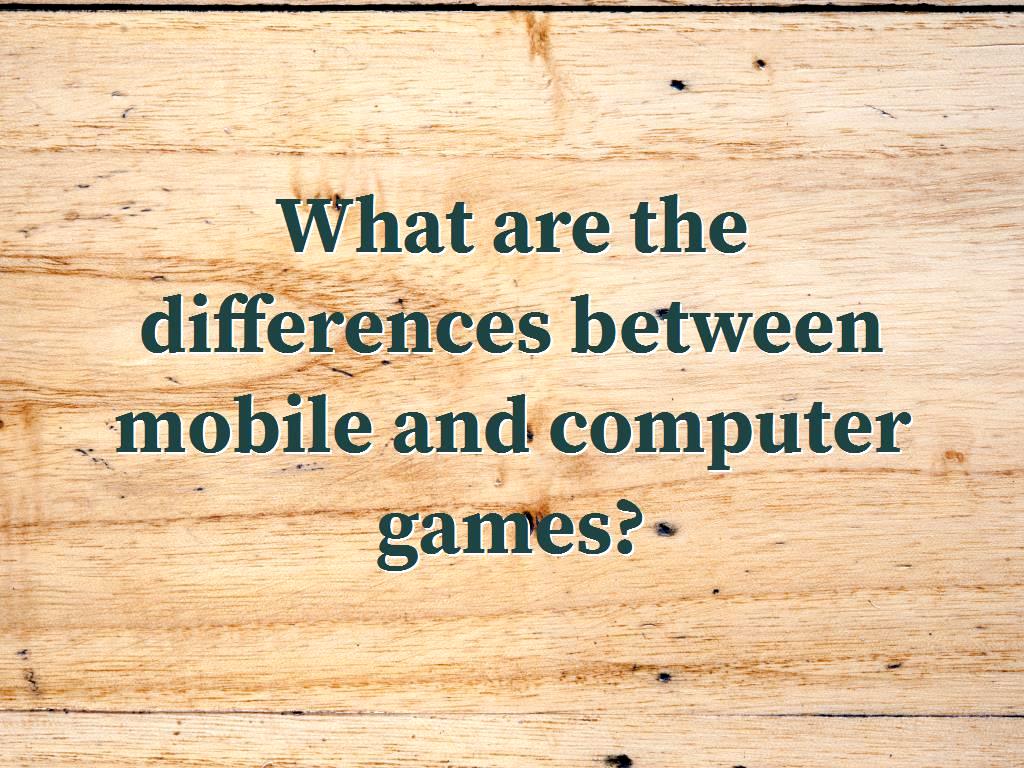 Cost of computer and mobile games:

On personal computers, several games are installed on the system for free with the operating system, and there are many free games to use on the computer. There are also free games for mobile phones. The cost of buying a computer and phone can also be considered a game cost.

Your system may be able to meet the needs of many games today, but in the future, it will not have enough capabilities to run  new games. This is where you need to buy a new computer or a new smartphone. Also, keep in mind that computers can be upgraded, but mobile phones are not upgradeable. So you can reuse your old computer for less money.

So which is better, PC or mobile?

Among  mobile and computer games, it is important to consider not only your budget but also your overall usability. Is comfort the most important factor for you as a gamer? How much do you care about the cost? Do you like this online multiplayer game? Do you upgrade your computer yourself? You have to decide about all the advantages and disadvantages. Whatever you choose, it is important to enjoy the game.

Click here to create a mobile game
Is the game software or can it be hardware too?