Methods hackers use to hack your bank accounts

One of the goals of different hackers is to hack the bank accounts of different users, who use different methods to do so, some of which are mentioned below.

Today, with the advancement of digital and  technology, we hear or see every day that the security of many accounts has decreased because today, in this virtual world, nothing is safe. We must try to take care of our data and information. Even data in banks are not secure and may be compromised. On the other hand, there are many tricks to  hack  and infiltrate banking systems and accounts, and in return, we must follow tricks to prevent these intrusions and protect the data. To deal with intrusion and hacking, we must be familiar with the ways and methods of intrusion to
protect the data  by preventing this from happening. 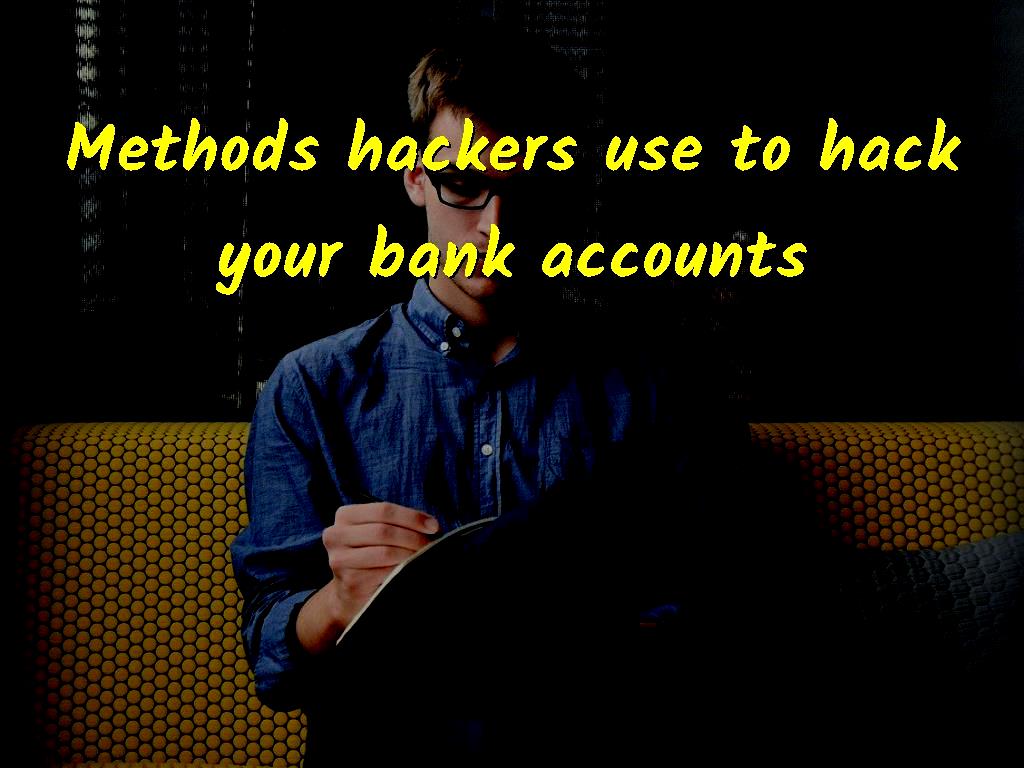 1- The existence of batik trojans in smartphones:

Is one of the methods of hacking and hacking bank accounts ( in French:  piratage de comptes bancaires  ):. In this method of hacking into accounts, hackers try to design a similar version of the banking application and provide them. Users put. In this case, users use these applications and get lost. Because hackers to access users' information must use malicious and in the design of fake banking applications use malicious that in the first place can attract the attention and trust of the audience and then ask them to share their information. Enter. If users enter information, hackers copy their original information and infiltrate their main account, and can easily move the data in their account.

Phishing methods  in hacking and deceiving users are that instead of sending valid emails, they send invalid emails or short text messages, and because they want to click on the link to send them, Click to enter a page. It is a deception to deceive the audience into deceiving them and leading the users to invalid pages to steal their information with noise and consent. This method is so quiet that the user does not even realize that he is willing to share his personal information with other people. In this case, the user thinks that the link sent via email or SMS is valid, but it is not valid and is  malware  to deceive the user and receive personal information. To deal with this hacking method, if you see suspicious emails and text messages, it is better not to click on them and ignore them because if you pay attention to them or click on their links, you will lose Your information.

This is another method used by hackers to know people's personal information. In this method, the frequency and vibrations can be achieved without asking the user anything or sending a link via email or text message. This method has two software and hardware modes, which is one of the most widely used. This hacking method works because it records the data that the user enters through the keyboard and sends it to the hacker after installing the software. The  hardware  model is such that each of the keys that are pressed on the keyboard has a different frequency and vibration, and by pressing each of the keyboard keys, the corresponding vibration and frequency is recorded and finally sent to the hacker. By vibrating each of the keys, the  hacker  can easily detect silent when entering compressed user information and can easily access user data in his account. One of the best ways to prevent this is to use touch keyboards that do not have buttons, in which case it is not possible to obtain the vibration and frequency of each key. To avoid the software mode, this hacking method is better not to install any software and prepare all the software either in the form of iodine or download and install from very reputable sites. To prevent this type of hack, you can use a strong and good antivirus until it detects all the  malware  that exists and removes them. If you use a good antivirus, they may also offer the ability to enter your bank account in two steps after detecting this type of malware.

In this method of hacking, there is no use of fake applications. Instead of using fake applications, this method uses other applications. In this case, the hacker sends messages and advertisements through other applications, and the user is deceived and clicks on them. In this case, the hacker again sends messages to the user about the Bank and asks him to enter information to solve the cases of Bank and can easily get to his work, which is another method of hacking that through other Apps send promotional messages and encourage users to enter information.

This method of hacking is also such that after installing the application, it asks you for permissions to access SMS, and when you give them permissions to access SMS, you They can access your personal data and information. Of course, despite Google Play and The  Apple Store  being stingy, there are still malware apps. So, it's not to say that because I downloaded the app from Google Play for the  Android operating system  and from the Apple Store for the iOS operating system, it must be safe and valid. Because Many malware applications are very professional and even the Apple Store and Google Play may not recognize them, in any case, we must be careful and focused. Downloading the app from Google Play or the Apple Store cannot be a reason that the app is not a trojan. 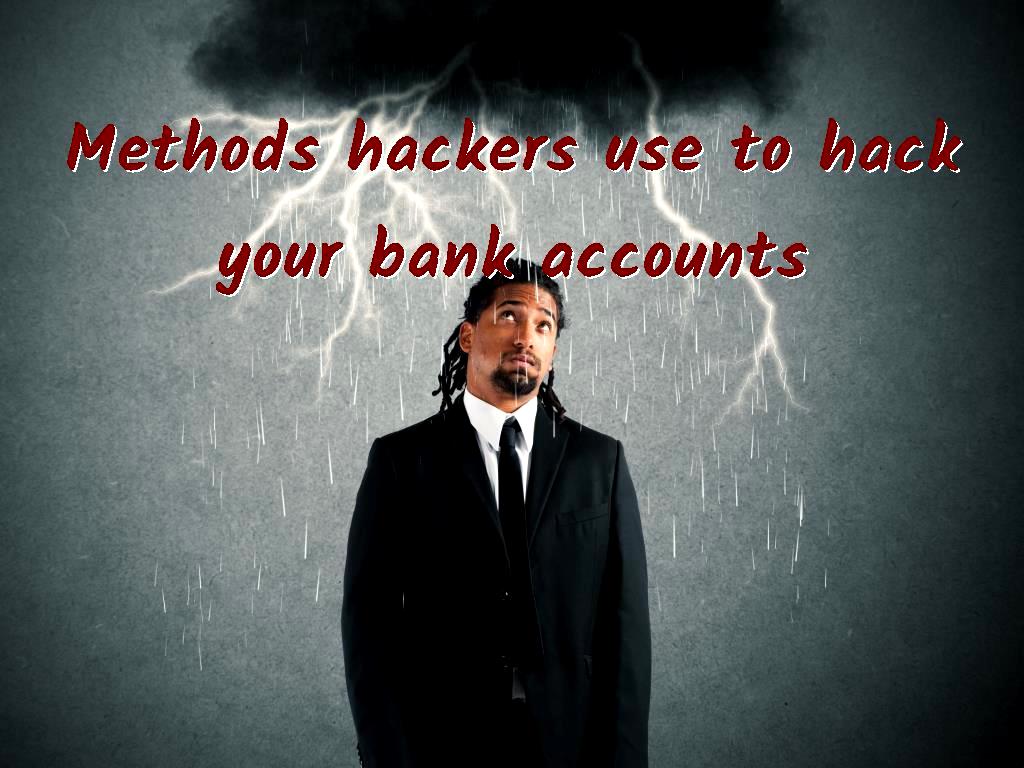 This type of hacking is one of the hacking methods in which a person is placed between you and the bank server and, in this case, access to all the information that is exchanged between you and the bank server. They have and can take the necessary data. This is one of the quietest methods that even bank servers may not notice such spying. The way this method works is that the hacker monitors one of the systems that are not secure and steals them if the user wants to send his information to the bank server. To prevent such things from happening, it is better not to use the public network if you do it through a Wi-Fi network. Because in using  public networks, other people can also connect and act as an intermediary and spy between you and the bank server. This hacking method is also such that the person is considered a spy between the Bank and the person in question and steals all the information exchanged between them. It is better to physically do banking as much as possible And do it in person, and if we do things remotely over the network, do not use public networks such as  Wi-Fi  and use private networks such as mobile data.

On the other hand, if you use personal networks such as mobile data, it is better to connect to that network yourself and not let anyone else use it because other people may be intermediate between you and the bank server. And steal your information. In addition to the network, people may be located between you and the bank server through sites and hosts. In this case, it is better to always check the sites to be safe and valid. The presence of  HTTPS  at the beginning of the site address indicates that the site address is secure and valid.

Changing the SIM card  is another method of hacking the web to seize personal information. In this case, hackers call the service centers of the SIM card provider and call themselves instead of you and speak on your behalf and say that they want to change their SIM card. In this case, they take your personal information from them or try. They try to persuade them to offer you the same on another physical SIM card, in which case they can easily access your data and steal other information through them. To prevent this from happening, we must be aware that this does not happen.

Is there a cheat for Candy Crush Soda?

What are the 8 principles of data protection?