One of the types of threats that threaten Internet users is malware, which we have mentioned in the following ways to increase the security of the system against such cases.

Malware is a type of code that will ultimately disrupt your information security system and allow profiteers to gain access to other people's information through different devices; once a system is infected with malware, different things may happen to that, for example, spam emails may be sent by the infected system, or all passwords may be stolen as well as other things that may happen.

In general, security holes have the worst effect because different types of malware can penetrate the system if they exist. 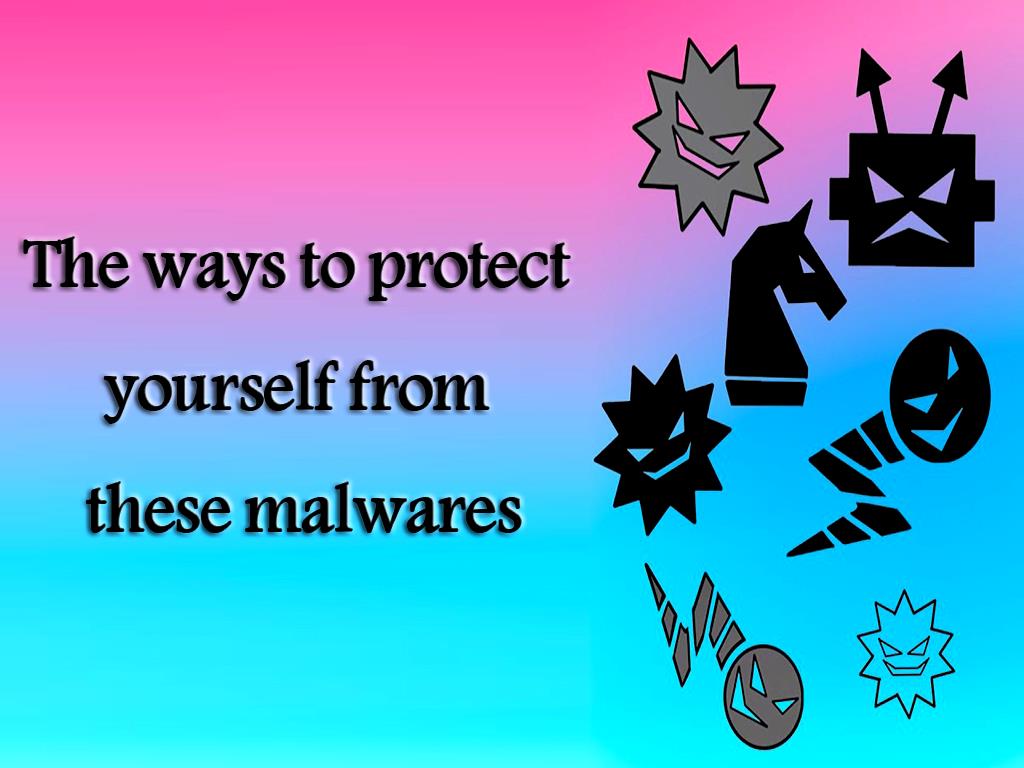 Viruses  are programs that multiply themselves and eventually cause a lot of malware in the system. They are very popular among users these days, and users do their best to control the viruses completely and prevent them from infiltrating their systems.

These types of malware look for systems with  security  holes. After finding an insecure computer, they will attack it. In addition to the disruptions they cause in that system, they use the infected system to attack others.

This type of  Malware  seems to be a useful program from the user's point of view, and the user has a strong desire to download the program and run it. Still, after downloading the program, it implements other malicious actions in the system and causes some serious computer problems.

This type makes it easier for  hackers  to log in and infiltrate the system in further attacks.

It is a kind of  software  that steals information of systems and causes damage to it. Among the types of spyware, we can mention Keylogger, which can record all the work that the user does with the computer after logging in and send it to the people who have entered this software into their system.

Rootkit  allows hackers to do all their work secretly on users' systems and manipulate operating systems to prevent suspicious activity from being recognized to steal information.

This type of  Malware  is a program that users do not want to see but is displayed without their consent.

So far, you are familiar with several Malwares, and it is time to get acquainted with how you can protect your system and your information against these Malwares. Here are some of these ways.

The ways to protect yourself from this malware:

There are many reports of phone scams today, in which people call users with malicious intent and offer to help protect their system against malware. Still, they have other purposes for contacting you, and their ultimate goal is to infect the system.

These people may also ask you to pay them to protect your system, and once you do so, they won't protect your information. They may introduce viruses into your system themselves to eventually infect your system. In general, the following ways can help you in this way:

- keep all the software in your system up to date:

When  software  is created by designers, it may have bugs that, once released, manufacturers will check for bugs in that software after each update to fix any security holes. According to the points mentioned, one of how you can protect the system from malware is to constantly update the software in the system to greatly  increase system security.

- Do not miss the pop-up windows:

Such windows open spontaneously without clicking on anything and may cause the viruses to enter your system if you click on them, so you should be careful while working with the Internet, so you have to be careful not to click on anything at all and get out of them quickly if you encounter such cases, nowadays, it is also the possibility of using a pop-up blocker to prevent the future dangerous events from happening; as a result, you can reduce possible problems.

- Be careful while opening suspicious emails:

One of the methods that hackers use to log in to users' systems is to send spam emails that eventually infect them. Spam emails often have an attractive appearance and attract users to click on them, which will eventually cause them to fall into the trap of hackers; as a result, the information of the system will be stolen, so you should always be careful while working with the system and never open such emails to avoid the bad consequences.

Most systems have automatic updates, and these same updates may cause harmful  software  to be downloaded, which can damage the system.

Search for "check firewall" in the Start Menu and click on "check firewall status" among the displayed results. This feature protects your system from unwanted Internet threats. You have to check whether the firewall is active or inactive constantly and activate it quickly if it is inactive to  increase the security of your system.

Password is of great importance in  increasing the security  of the system. If you try to choose an easy one or one which is not chosen correctly, it can cause a lot of damage to the system. Some people use their name, their child's name, year of birth and family members, etc., as a password, all of which can be easily detected by hackers, so that they can easily log in and have access to your information to abuse them and achieve their desired results.

Suppose a password contains at least eight characters and uses a combination of uppercase and lowercase letters and numbers, and other characters. In that case, it can be considered a suitable one, so that it takes a long time to guess, or it is generally impossible to guess.

- Back up all your data:

In general, to  protect the security of the site  against any threat, you should always follow the tips that can increase the site's security. The same is true for malware. To do so, you should make a backup of your data, especially the important one, so that you can access your data if something happens to it.

If you have not backed up your data yet, it is time to make a backup of it quickly to make sure that your data will be protected.

One of the things that can protect the information in your system against various types of malware is the installation of a suitable and strong antivirus, many antivirus programs can be used for free to increase the security of the site, which block the entry of viruses to user's systems, so it is necessary for every user to install a perfect one.

In general, improving the security of the site against infection by malware is very important, and one of the main causes of users' concerns is to protect their information and system against such infections. In this article, several types of malware and the ways that people can use to protect them against such infections have been mentioned so that you can use them to increase the security of your system as much as possible. As a result, if you pay attention to the mentioned points, you can find the solutions of protecting your system from malware because they can damage your system as much as possible, and you may have no solution after being attacked by malware, so it is better to prevent the possible damages from happening.