Due to the increasing number of types of cyber-attacks, it is necessary for you to first identify the most dangerous cyber attacks available, which we will mention here. it's a good knowledge to avoid getting hacked.

These days, most users do all their tasks online; therefore, there is a lot of information in different people's systems, so that hackers are attracted to attack these systems, and they tend to use a variety of techniques to achieve their goals.

There are many reports of stealing important information about individuals, which indicates low security in systems and also the lack of awareness of people in the field of cyberattacks, which is why it is necessary to  increase your understanding in the area of security  so that if you have more information about these kinds of attacks, it would be easier for you to deal with them.

Cyber ​​attacks are being made so fast, and most of the time, users do not realize that they have been attacked. In this article, we refer to some dangerous and common attacks so that you can increase your awareness in this area and  increase the security of your system. 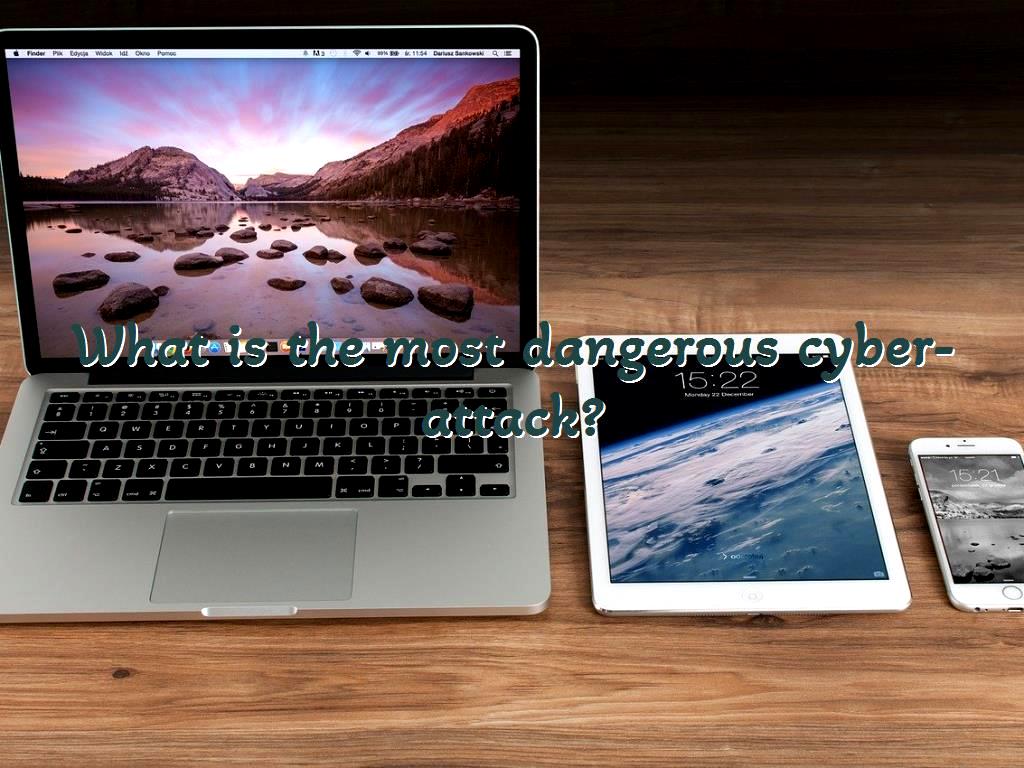 What is a cyberattack?

Simply put, it is a process which is being done by a group of people who are trying to steal vital information, manipulate data, access people's systems, and use the system as a tool to attack various professions, all of which are considered as huge threats, and they are being done in the shortest time possible, one of the most dangerous attacks is called phishing, which is being done in combination with social engineering, and finally, the user provides essential information to the hackers as a result of this method.

This attack is made with the help of sending various emails by the people who intend to steal the information. They would introduce themselves as users' friends and try to access important user information such as credit card information, phone number, etc.

Also, sometimes the content of emails is such that the attackers introduce themselves as reputable companies' workers to try to convince you to infiltrate your system and have access to important information. As a result, they will abuse this information in the way they want.

This attack allows the hackers to access the users' entire system for a very long time to implement their goals.

One of the methods of attacking is using malware, ransomware, spyware, and Trojans. This method can eventually cause the system shot to malfunction, which can be in many forms, such as the ability to disable the design altogether, blocking access to many files, theft of important information, and so on.

There are many ways that users can prevent cyberattacks from happening and block the way for people who want to infiltrate their systems. To not be attacked by hackers who are using this type of attack, you need to install  powerful antivirus software  as soon as possible and update it regularly. If you run a large company, you need to make sure that all your employees are trained in security so that your company's data will be safe.

Another  dangerous cyber attack is the Denial-of-service attack. A hacker performs various actions to prevent users from accessing the system they have attacked, which can cause damage. As a result, the owners of the sites lose many of their customers.

To protect your site from such attacks, it is necessary to pay attention to the first step you take, which is designing your site (in French:  conception de votre site  ), which is of great importance.

One of the most dangerous attacks is called phishing, which is done with social engineering and ultimately provides the hacker with important information.

This attack is made by sending various emails and the people who hackers intend to steal their information, in which hackers introduce themselves as users' friends. They try to access important user information such as credit card information, phone number, etc., also, sometimes the content of emails is such that the attackers try to act like they are sending you email from a reputable and huge company so that they can gain essential data through this way.  Phishing is probably the most common form of cyber-attack. The main reason is that it is easy to perform and surprisingly effective.

To prevent your system from being attacked by hackers by this method, in addition to raising your awareness in this field, you also need to train your employees and follow phishing prevention protocols. 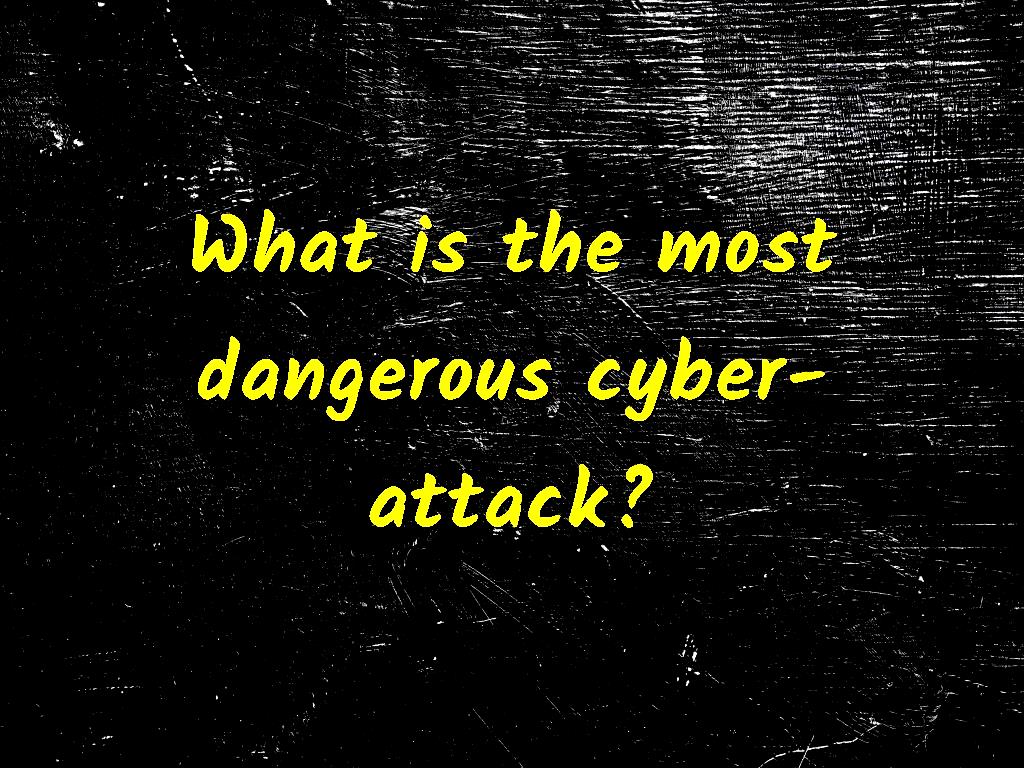 Another dangerous attack is Structured query language Injection, in which a hacker inserts malicious code into SQL statements via web page input and damages the website databases.

This type of attack has different kinds, including the following: Retrieving hidden data, Subverting application logic, Retrieving data from other database tables, Examining the database, etc... The attackers choose one according to their goal and finally reach what they want this way.

To protect your system against this type of attack, you can get help from experts in this field and finally prevent your system from being infected.

MITM is another kind of attack  that hackers used to steal a lot of information in the past, but these days, it is not very useful because all messages are encrypted, and hackers cannot get what they want through this method.

This technique is such that the hacker steals the information exchanged between two people, and the exciting thing is that both parties believe that they are communicating usually. There is no threat, which causes the hackers to achieve their desired goals without any worries.

As we have mentioned today, robust encryption mechanisms encrypt all the information being exchanged and prevent people from accessing it. To have more awareness in this field, you can get help from existing security experts, which can be so helpful.

Cross-site scripting (XSS) attacks are also one of the most dangerous attacks in which hackers try to put their malicious code on various sites to achieve their desired goal. Finally, users' systems will be infected by entering these sites and clicking on this malicious code is attacked.

People whose systems are attacked by this method may never realize it. Eventually,  the hacker can quickly gain access to people's systems  for a very long time and achieve their desires.

Simply put, the method of this attack is that after users visit a site or click on a link, a code put there by hackers is activated, which can eventually steal important information from the user's system. Hackers can obtain what they want through this type of malicious code.

To protect your systems against such attacks, you need to increase your knowledge about it so that hackers cannot enter your system quickly.

In addition to the attacks we have mentioned so far, there are other dangerous ones, you need to learn all of them to protect your data against threats. Still, in this section, we want to remind you of some essential attacks which targeted large institutions and companies.

Most significant Cyber Attacks in History:

One of the most significant attacks took place in 1999, during which NASA systems were attacked for about a month by a teenager named James Jonathan, which cost the company dearly and took a long time to repair.

Among the most prominent attacks, we can mention the attack that targeted Yahoo in 2014, and as you know, a vast amount of information is stored there so that you can guess the amount of damage caused by this attack.

Another one occurred in 2007, during which a large number of Estonian websites, including those of governments, banks, and the media, went offline. 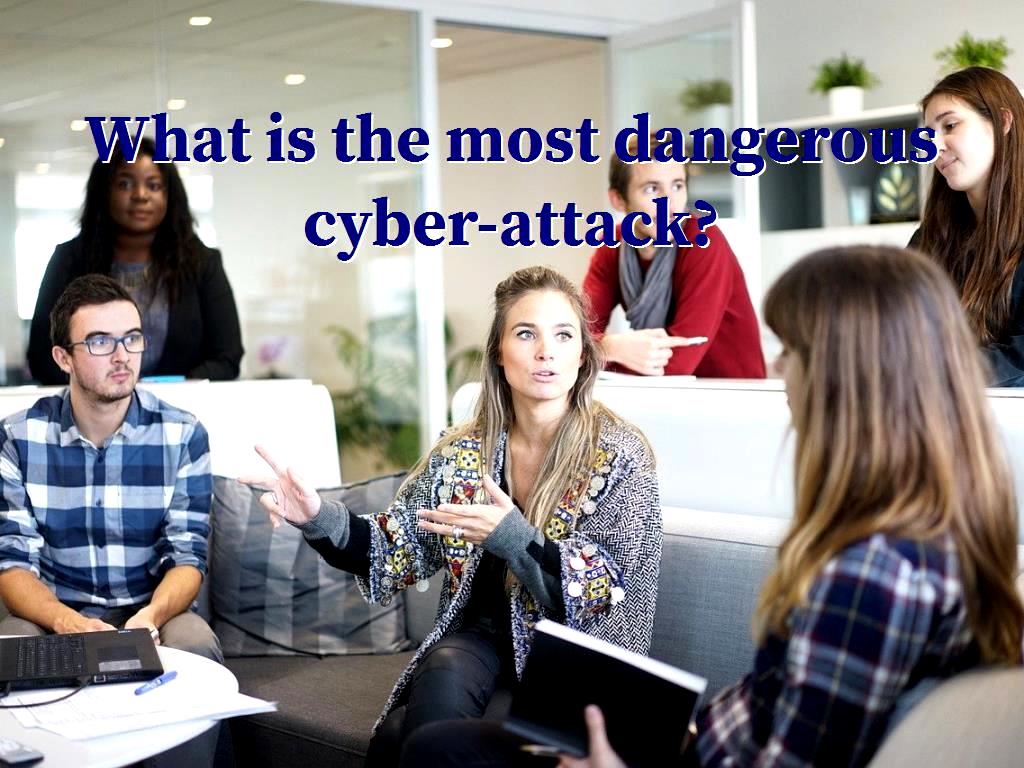 In general, there are various types of attacks. In this article, we have mentioned some of the most dangerous ones to  increase your awareness in this field to prevent people from accessing your important information. Of course, it should be noted that hackers are updating the techniques they use day by day. To avoid the security of your systems and your company from being compromised, you need to be up-to-date and get help from existing security experts to provide protection for your system.