One of the most common methods of hacking among hackers is injection attacks, which you need to raise your awareness about this attack to be able to provide more security for your data.

These attacks, which are very common among hackers, try to send invalid data to the interpreter. They force the interpreter to execute an unwanted command in the next step. The whole system gets disturbed, injection attacks cause the information in the system to be lost, and data integrity. They also cause a denial of service and complete compromise of the system.

In this article, we will pay more attention to this type of attack, and we will do our best to tell you the important points that are related to this issue so that you can be fully aware of it and  improve the security of your information  because such attacks are so harmful to your systems. 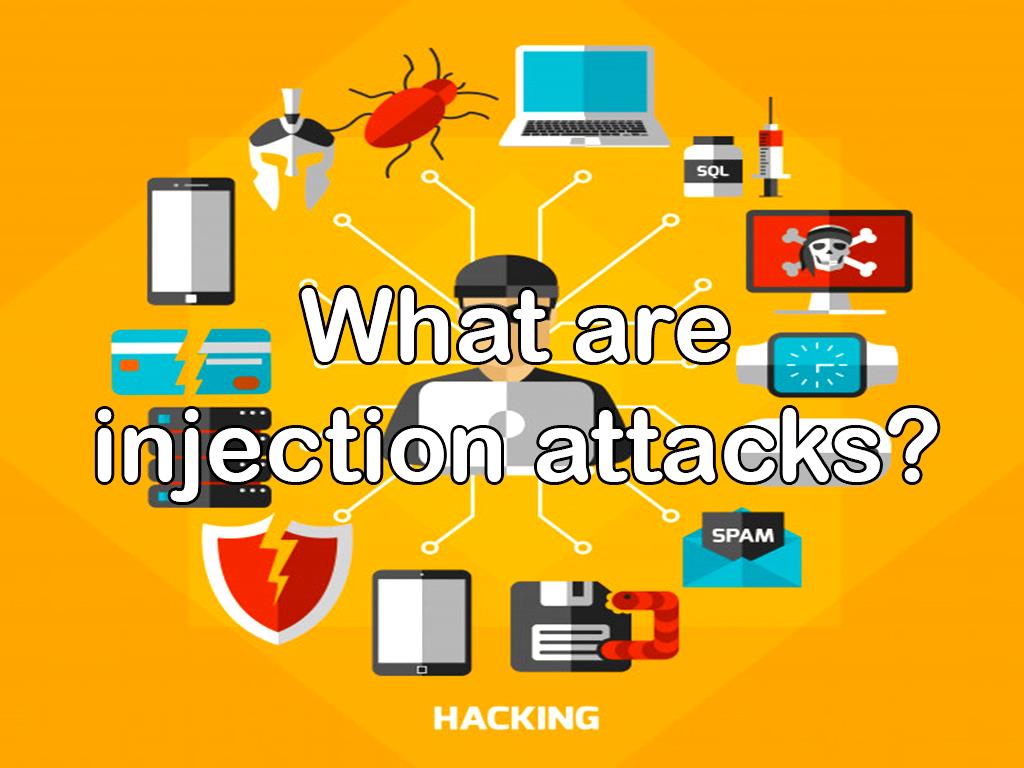 What are these attacks?

Injection attacks  are one of the most important ones that can endanger information security, which sends data that is not valuable and ultimately cause the destruction of the system. It can be said that these types of attacks are very old and are very common among hackers.

In the following section, we will mention  a number of types of injection attacks.

One of the types of injection attacks is code injection. The hacker creates a malicious code written in the programming language and injected into the user's system, and may eventually disrupt the entire user system.

CRLF  stands for Carriage Return and Line Feed, which causes malicious damage to the system through page injections, web cache poisoning, and so on, all of which should be taken seriously, especially this kind of injection. In general, this injection has two common types: log poisoning and HTTP response splitting. In log poisoning, the hacker injects the code in a way that eventually causes the system owners to be confused. In the second type, a lot of important information is finally disclosed, so you need to treat CRLF injection vulnerabilities seriously and prevent further damage to the system from happening, you should use an automated web vulnerability scanner to check whether your system and website are vulnerable to such attacks or not, and if the web is damaged, you can take some actions to prevent further damage.

- You should change the code so that the content provided by the user is no longer used directly in the  HTTP  stream.

All transmitted data need to be encrypted so that hackers cannot easily inject new code.

But according to the fact that the best time to get started is before infecting your system and the web, you should take steps like resetting the code, removing the head of one of the new characters before moving the content to the HTTP header, encrypting the data, regular updating, regular scanning of all programs, etc., which can greatly increase  the security of a web  and block the way for attackers.

This type of attack is very common among hackers. Scripts are used in this type of hack, and to activate these scripts, the user whose system is to be attacked must visit the web page that has malicious code, simply put, this web page or program that is infected with malicious code provides malicious scripts to the user, so the hacker can disrupt the user's system, this attack has different types, including Stored XSS (Persistent XSS),  DOM-based XSS  and Reflected XSS (Non-persistent XSS), etc., to prevent this type of attack from occurring, you can do the following:

Provide the necessary training to all users who deal with the system so that they can  increase the security of the system  with full awareness of the dangers that this type of attack can create and ways to protect the system against such attacks.

- Check all the inputs and do not neglect to take the necessary measures because all inputs are likely to be infected and cause many problems to the system.

- Clean up HTML, which you should get help from a reputable library to do, and you must be so careful while choosing the right library to clean up HTML.

Generally, in all cases that cause system security problems, regular scanning can help increase system security. You can recognize the suspicious cases to finally conclude whether you can maintain security or you need to get help from an expert in this field.

These types of attacks are carried out when hackers enter additional and malicious titles in the e-mail messages sent to different users. Finally, these additional titles disrupt  the security of the user system  to which the message was sent.

Also, in some cases, hackers use this type of attack in combination with phishing and social engineering to reach their goal more quickly and implement malicious effects in the user system, to prevent these attacks, one of the things that can be done is to avoid opening any email that seems suspicious, and also check the health of your system after opening different emails.

Another method used is  Host Header Injection, which is to perform an injection that requires an invalid host to be specified. As you know, web servers are configured to transfer the header of an unidentified host to the first virtual host on the list, which can ultimately help hackers a lot to reach their goal as fast as possible, the reason why these types of attacks have become so common today, is that users do not pay enough attention to the fact that they should control all host headers and should not easily trust them, because in this case, it is possible to cause severe damage to their system, which is sometimes very difficult to compensate.

LDAP  stands for Lightweight Directory Access Protocol, in which hackers can take many steps in this malicious attack, it occurs when  a web application  cannot be properly removed from the input provided by the user. The malicious action is started at this stage, and the desired changes are being implemented.

Through this injection, all the commands that have been injected into the system are executed as operating system commands, this type of injection may occur in any language of the program, and it is not specific to a particular language, through his injection, attackers can gain access to many factors. They can implement changes to the user system.

This injection allows malicious people to bypass all the security measures provided by the program owners and achieve their goals easily. Another feature that hackers provide with this injection is that they can modify, delete, and make other changes to the information in the database. In other words, this injection can be used for easy access to users' personal information, documents, etc.

The following measures can be taken to prevent damage to system security through this injection. Generally, the first step that can help your system security is to raise your awareness and educate everyone who deals with the web, like the ways we have mentioned to  increase security  in previous injections. In this case, you should pay attention to the fact that you should trust the user's input under no circumstances, and you should check each input to make sure they are safe. There are other ways you can use to increase security.

This type of injection is done in programs and allows malicious people to access a lot of information. 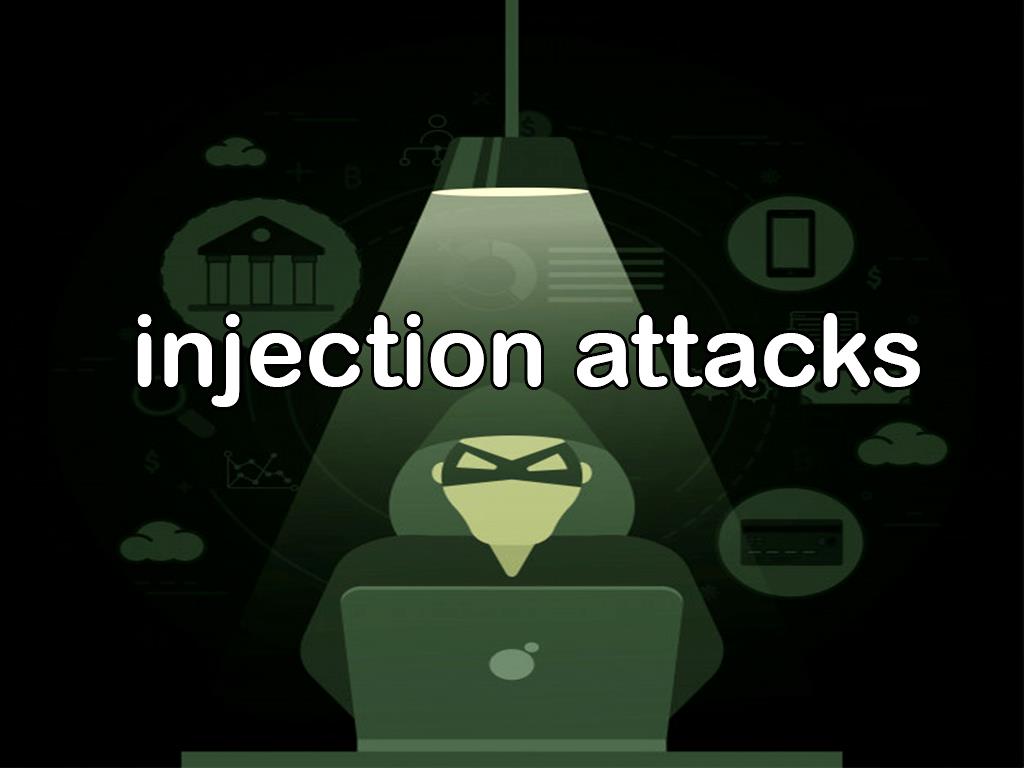 In general,  the security of a system  is very important. As you can see in the ways to increase security in each injection, you need to raise your awareness of all the issues in the field of security so that you can finally protect the web and the users who visit your web.

How do I secure my Android phone?

What is the difference between reflected XSS and stored XSS?