What happens if your antivirus program finds a virus?

An effective way to increase the security of systems is to install antivirus, in this article we will discuss what happens if an antivirus program detects a virus.

Computer systems and all devices connected to the Internet are exposed to various damages that can jeopardize all the essential data they include. We can mention the entry of a virus into the system.

All users who deal with different systems do their best to find ways to increase the security of their design and prevent the entry of the virus. One of the steps that users can take is to install  different antivirus software programs.

There are many free and paid antivirus programs that users can choose according to the characteristics of each of them so that they can choose the best one based on their needs and use it to increase the security of their system.

If you keep important information in your system or do not want your data stolen by attackers, we suggest you carefully choose a suitable antivirus.

In this article, we will look at what antivirus do after detecting a virus, but before that, we need to explain it fully. We will also mention the best ones in the following. 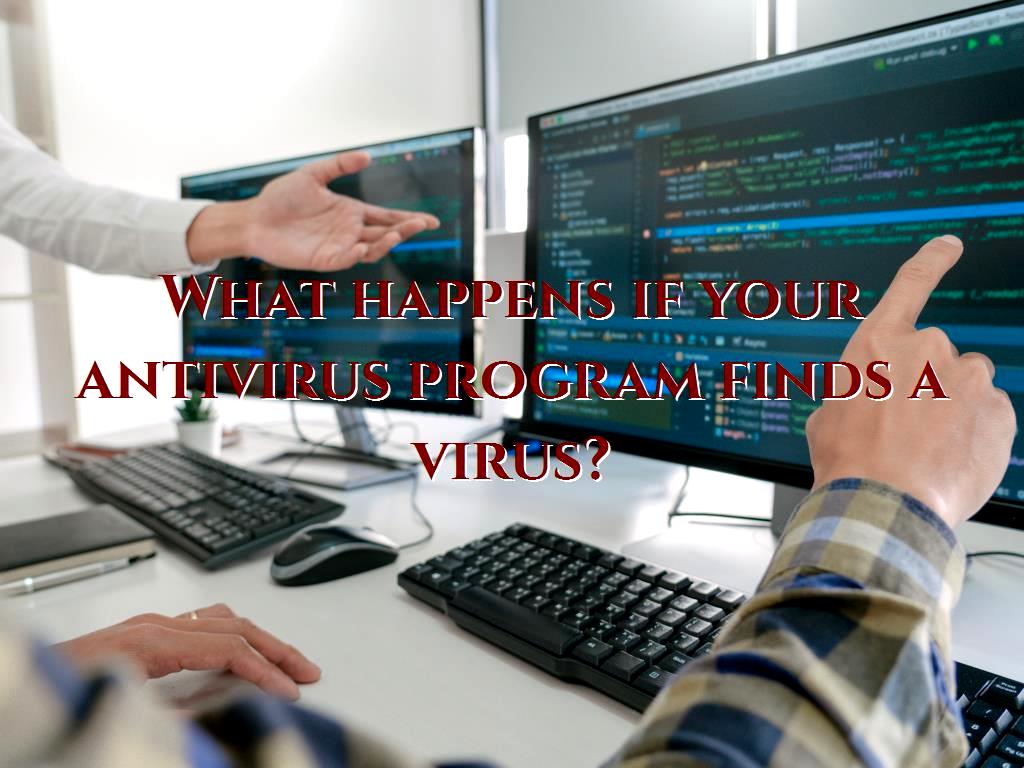 What is an antivirus?

An antivirus program helps you secure your systems by scanning, detecting, and removing viruses, malware, computer worms, and so on.

There are several free and paid ones, all of which ultimately have one goal: protecting the information in the systems against being infected by different types of viruses.

In the past, users were reluctant to use an antivirus because it slowed down their computers. Still, these days, this program is very advanced, so that not only do they not slow down computers, but they have a lot of facilities such as protecting systems against malware, etc., without any effects on speed.

Which antimalware should you choose?

In this section, we will discuss how you can choose the best one among all available choices to protect your system.

Put, to be able to make the best choice. You need to examine all the features of available options to pick the best one according to your purpose.

The point to keep in mind is that they all have both advantages and disadvantages, which can confuse you while choosing.

Given all that we have mentioned so far, it is necessary to examine the various features of them carefully, for instance, you should check the number of devices it can protect, the operating systems it supports, speed, and so on, all of which can affect the amount of your system security.

As we have mentioned earlier, many antivirus programs may be paid or free, so you should choose one of them according to your budget. The point is that paid ones can provide you with many features. Still, if you do not have enough budget, you can look for the best type of free antivirus, which has some features that are close to paid ones.

What happens if your antimalware program finds a virus?

It first scans the files that enter the system, and according to the information they obtain, they can detect the threat as soon as possible.

When the antivirus you have installed detects the virus, it notifies you that your system is at risk. It also provides you with the ability to repair, delete or quarantine the infected file immigration.

If you quarantine an infected file, the virus-containing file will eventually be placed in the quarantine folder, which helps you prevent further contamination of your system.

It also copies the infected file to the quarantine folder and removes it from the drive to keep your system safe.

How to choose good antimalware for our system?

While choosing a good antivirus, you should pay attention to its various features, including fast scanning, malware protection, powerful firewall and  protection against phishing attacks, having a VPN, and other things, all of which are very important.

Here are some of the best ones available that can help you increase the security of your systems.

Among robust antivirus software programs that exist, we can mention Total AV, which has received the award of  the best AV-Test product.

One of the great features of this case that causes it to gain a lot of popularity among different users is the ability to protect Windows, Mac, Android, and iOS devices.

Plus, users can use various features for free, such as protection against viruses, malware, adware, and spyware, to prevent hackers from infiltrating their systems. We recommend this one if you are looking for a suitable antivirus that can provide you with good features.

Another  powerful antivirus is McAfee, which you can use to protect your system against attacks by the latest viruses, spyware, malware, and ransomware.

This antivirus can be a good choice because it can protect Windows, Mac, and mobile devices. It also provides spam filtering, encryption of confidential files and other items for users.

Bitdefender is another good antivirus that can be used by different people who deal with systems, like various site developers (In Slovak:  vývojárov stránok  ) and users to increase the security of their systems.

This software has been able to gain a high score in the leading independent tests for protection, performance, and usability.

Another positive feature of this case is that it is easy to work with, so many users prefer to use Bitdefender to protect their system against the entry of various viruses. 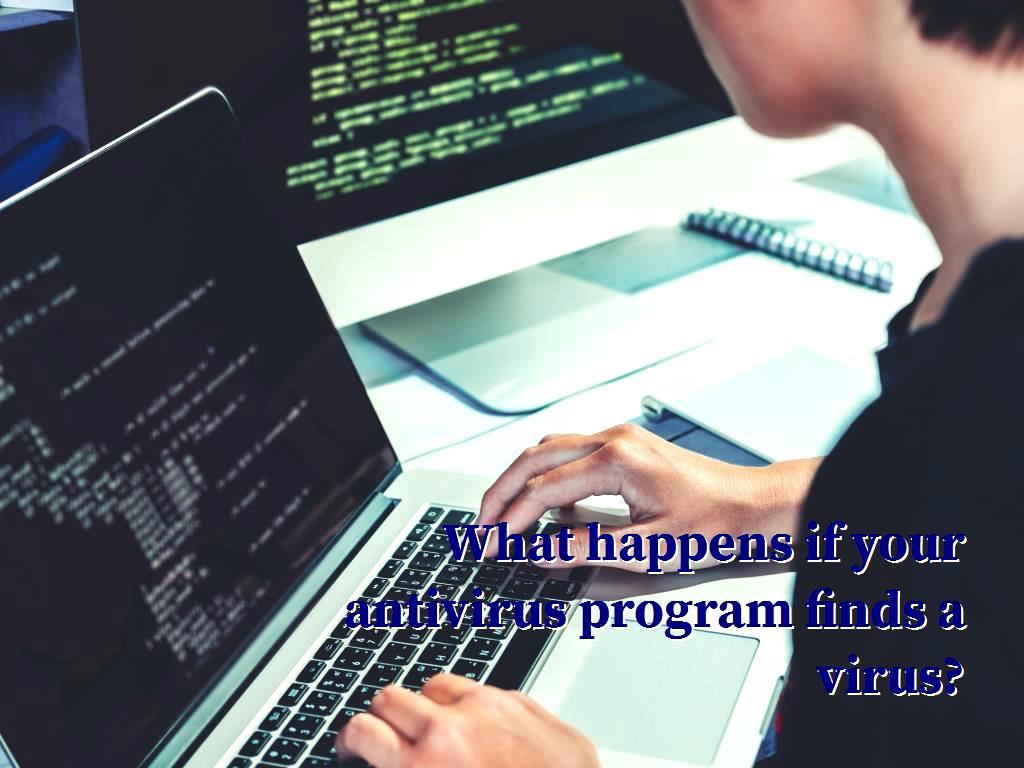 Avast Antivirus is the other popular program that can be used for PC, Mac, Android, and iPhone / iPad. This software does its best to increase the security of your system.

Another positive feature of this device is the possibility of using it for a maximum of 10 devices so that all family members can use it for the safety of their devices.

Trend Micro Antivirus + Security can cover one device and provide system security. It should be noted that this software can filter malicious URLs, which can help you improve the security of your system.

Another advantage is its ease of use so that even beginner users can use it quickly, which is considered one of its goals so that it can be used after its installation without any changes.

After being aware of different types of them, you may decide to use two antivirus programs simultaneously to improve the security of your system, so if you want to do so, you have to pay attention to the points which are going to be mentioned in the following.

Is having two antimalware programs harmful?

Users may think that having multiple antivirus programs instead of one of them can increase the security of their system, which is not the case. In fact, this does not help system security, but it also slows down the performance.

Eventually, the system and information will be exposed to more vulnerabilities. To increase the security of your information, it is necessary to observe all the security issues and possibly protect your data from being stolen or stolen, or abused.

There are various antivirus programs that users can use for free. There are some paid versions as well, which you can choose one of them according to your budget. Both versions try to  provide various features for users to protect them against viruses.

These programs scan the system and detect threats. Then they do some activities like removing the viruses or putting them in quarantine folders, all of which have been explained in the article. In addition, we tried to introduce some of the best options available to you and describe their features so that you can have a good choice. We hope this content can be helpful for you.