How do I remove malware from my phone?

If you also suffer from malware on your system and want to detect them and then remove any malware, including virus, ransomware, spyware or similar from your system, you can use the steps and tips in this article.

It is worth noting that today hackers both seek to hack and destroy computer systems and damage users' phones and tablets by infecting them. 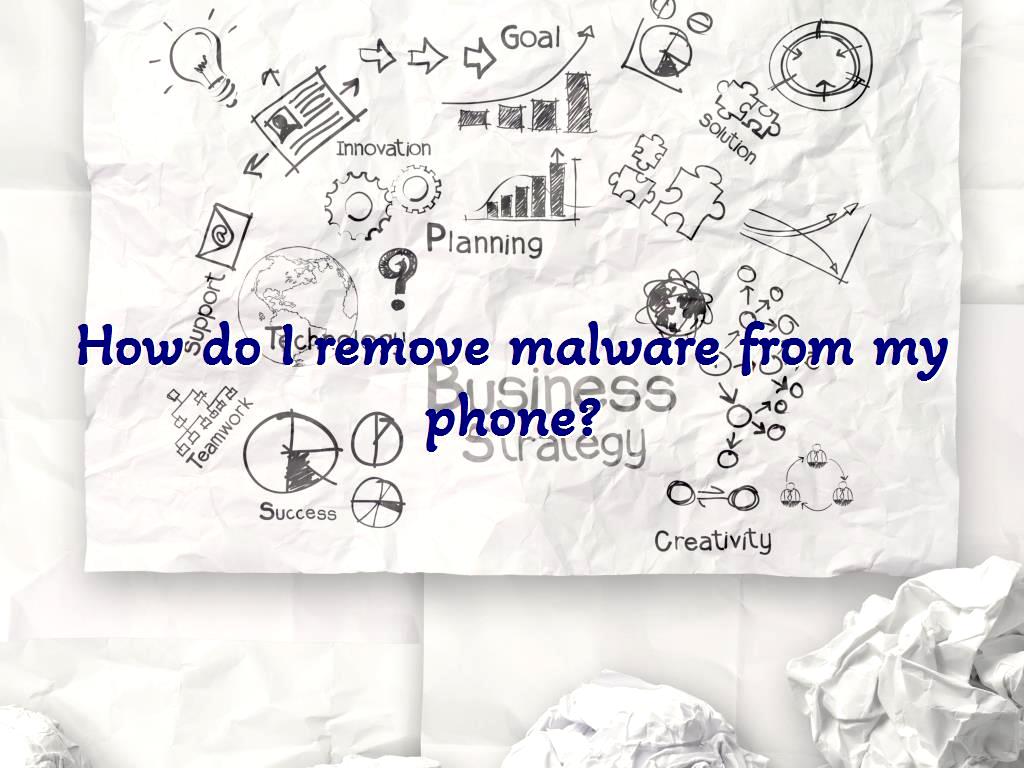 The different types of malware that exist on the Android operating system are as follows:

It is worth noting that retailers are malware that is seemingly useful and useful and wants to use methods to persuade users to install them on their system. After users are convinced to install them on their system, the malware begins its work, destroying systems.  Trojans are a type of malware  that can allow hackers to enter and access all their data. And create information in systems.

Ransomware type of malware  was also more common on computer systems in the early days and was done on them. But later, this type of malware can also be done on phones. The function of this malware is to encrypt all data and information in the user's system. Users will not be able to access their data and files after encryption and will not decrypt them. It should be noted that this malware or ransomware can interpret the data they have encrypted. This malware extorts money from users and threatens them. In this case, in return for decrypting the encrypted data, users make some requests. These requests can be money or other things.

This type of application is also malware that their job is to display many ads to harass users. However, if you are browsing the web and browsing various sites, you may encounter many ads, in which case you may be infected with adware malware.

How can we detect the existing it's on the phone?

- Heating the phone and reducing its performance:

Your phone may suddenly heat up. This overheating of the phone can also indicate that your phone is infected with malware and the malware uses your phone more. Of course, it is better to know that I got hot, the phone can have various reasons, but if this happens suddenly, malware is abusing your phone. For more security and review, you can go to the Access Settings section and then Data and check the data in that section. If you find a program that consumes the most power from your phone, it is better to remove it.

If you see annoying ads repeatedly while using your phone, it may be because your phone is infected with malware.

A type of malware known as adware can cause ads to appear in large numbers and frequently, annoying the user. Of course, it is better to never click on this type of advertising.

You may receive some unknown text messages and calls from unknown numbers, indicating that you are infected with malware. When your phone is infected with malware, this type of SMS with strange contents and many people will be received automatically or even sent to others by you.

How can we prevent the phone from being infected with malware and deal with it?

To prevent our phone from being infected with some malware, it is better to take  security measures than  prevent it.

The first security point about phones is choosing a strong password for them. Pattern-type passwords can also be solid and undetectable by hackers.

- Set the screen off time to 230 seconds if you do not use the phone. When the phone is opened, please turn it off after 30 seconds. This causes the open screen phone to turn off quickly if we do not use it, so hackers and profiteers cannot abuse the empty screen and lock the phone.

- Try not to root the phone. Some users root the phone to install  different types of unknown applications on their system  that the phone does not allow them to install, which can be dangerous and open the way for various kinds of malware to enter and install on your phone.

- Download applications from reputable stores such as Google Play or Apple Store:

To not install invalid and infected applications on your phone, it is better to download the required applications from reputable stores to ensure their authenticity. You have. Unknown applications that you install from unreliable sources may be malware and cause your system to crash.

Antiviruses are the same security applications that are designed and developed ( in Czech:  bezpečnostní aplikace, které jsou navrženy a vyvinutý  ). It is better to use them to identify different viruses and suspicious cases and deal with them.

- Be careful of installations:

When you want to install an application on your phone, you may go to the stores. The stores will give you another application link to advertise and say that the download link of the desired application will be displayed after installing this app. You can download it. But you do not click on those links so that your phone is not infected with malware because these apps may be introduced first, and after installing them, the program you want to install is malware to destroy and damage your system.

How to get rid of this on the phone?

2- Then delete all suspicious, old programs or applications you no longer use.

3- After that, install a good antivirus on your phone.

Click to analyze your wesbite SEO
What are the different types of IT security?

What do you call a cyber security?

What are essential areas of concern in the cloud?