Cross site scripting is one of the common methods to infiltrate the systems of users and various institutions, which we have introduced examples of this hacking method.

Hacking has a huge world and all topics related to hacking, hackers,  security, etc., are very attractive to users, which is why many articles are written about it daily. Security is a topic that users are trying to master to block the way for profiteers to access their information. They are trying to learn all the points related to this section completely, hackers may use different methods to infiltrate the system as well as information, for example, they may use social engineering techniques, guessing the username and password, using malware, etc., one of the ways that hackers may tend to use is cross-site scripting.

In this method, codes play an important role, and this type of attack may cause destructive damage to users' information and systems. 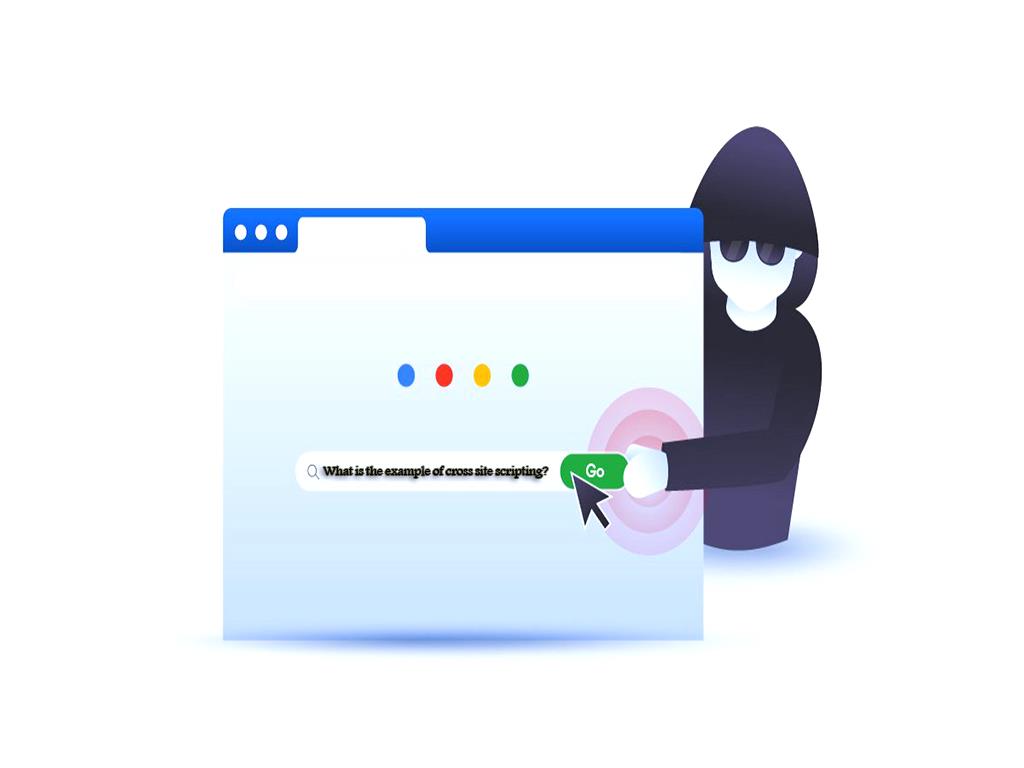 Through this way, hackers enter malicious code on a site. When users enter the sites that contain malicious code, they create a lot of damage in the user system because these codes are executed whenever the site is loaded, simply put, in this method, hackers steal the information of people who visit a site, and sometimes even the user does not notice the theft, so the hackers easily get what they want.

The method of this attack is that after users visit a site or when they click on a link, a code which hackers put on this page will be activated, and this code can eventually steal important information from the user's system and obtain their desires through this kind of malicious code, it should be noted that first, hackers must find a vulnerability in a web application which gives them the possibility of injecting the malicious script into its server, so they reach their goal. Every time the site page is loaded, these malicious scripts start working and infect various systems.

Also, this attack is very common in  JavaScript, which can cause many problems in users' systems if it is infected, including  hackers  accessing the system and sending messages that may also contain malicious code. They can also access user system features, such as a microphone, camera, etc., access to user cookies and other disorders, pointed out that all these disorders can be very destructive and dangerous for the user, so all the necessary points should be known about this type of hack to protect your information against such attacks with full awareness, some people may confuse cross-site scripting with SQL injection, which we will briefly explain the differences between these two.

The difference between scripting and SQL injection:

These two methods are popular among hackers, and they prefer to use  cross-site scripting  and SQL Injection to achieve their goals. Still, the important point is that these two have differences that can be expressed in the language of malicious codes and how they work.

As mentioned earlier, cross-site scripting is more common in JavaScript and is used in this language, while SQL Injection includes Structured Query Language. In addition, malicious code is injected into the site in a cross-site scripting. If users enter the site where the hacker has placed malicious code, they will be hacked,. Their information will be provided to the hacker, in contrast, SQL injection adds SQL code to the input to access important information or modify data stored in a database, so this is another difference between the two attacks. It is the main difference between injecting XSS and SQL.

What is an example of this?

These types of attacks can occur anywhere where malicious hackers are likely to send illegal content to a reputable website. Eventually, users will be hacked after visiting a site that is considered as a reputable one. They may not realize that they have been hacked, so hackers can do whatever they want, which is why hackers are very interested in this type of hacking, an example of this type of hacking is when hackers create malicious URLs and eventually send them to users via email or a message on social media, using social engineering tricks to make users visit the URL link, once the user is redirected to the URL, it is hacked. Malicious damage is caused by various factors, such as infected software in the user's system which is known as Reflected XSS, another example of this type of attack is Stored XSS that if it happens to the users, may pose a lot of risks to them. A lot of information is going to be stolen from their system.

For hackers to apply this type of hack, they have to enter malicious code in the user's input section, such as the blog comments section or in a post, which the user will be hacked after entering this section, once the user is infected, it is necessary to take some steps quickly to prevent a lot of malicious damage to the system and information, another dangerous attack in this category is  DOM-based XSS, which, in this type of attack, these codes can attack firewalls that users use to increase their system security. The firewalls cannot detect that they are being hacked. Eventually, they cannot take action to protect themselves against this type of hacking, these types of attacks are very dangerous, to be able to resist such attacks, you need to follow the necessary tips.

Users generally do a lot of things to  increase the security of their information, all of which must be done properly to have the desired effects, which we are going to mention a few points in this regard.

- Use a powerful antivirus:

As we have mentioned earlier, most people who are exposed to such hacking are unaware of this, so they can take no action to  increase their security, which is why it is necessary to check their system regularly, so you should pay attention and take any suspicious cases seriously if you have a lot of control over this field, you can quickly see the suspects and try to resist such attacks.

- Get help from experts:

Even though you have read many articles on security, you may not be able to withstand such attacks and follow all the tips correctly, so you can get help from existing security experts to  increase your system security. You can also get help from hackers in this regard. As you know, there are white and red hat hackers who are very knowledgeable and can help users and various companies in security. 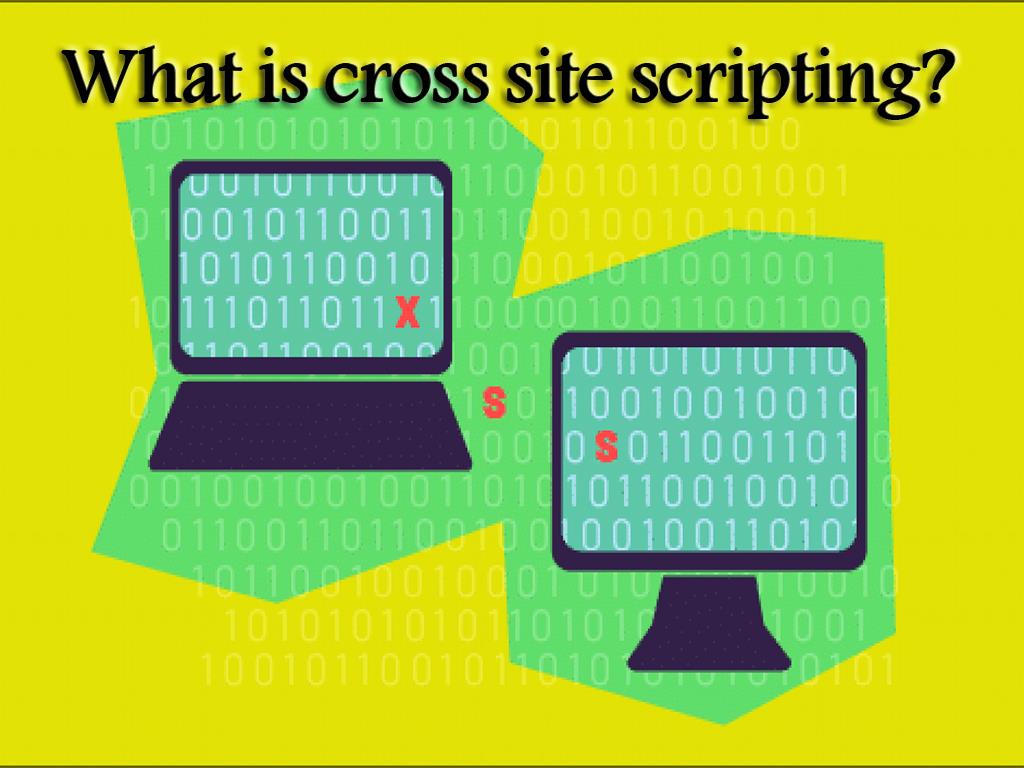 In general,  cross site scripting attacks  are one of the most common attacks that hackers use in order to steal users' information, in this article, we gave an example of this attack so that you can increase your awareness in this field, to increase the security of your system information and prevent hackers and profiteers from infiltrating your system, because if you are aware of the possible threats you can take action and do the necessary things in order to keep your information from being stolen by malicious hackers, due to the fact that if your system is attacked by hackers, and you don't realize that, the damages that they will cause on your system will be more destructive because hackers can do whatever they want and make the most of your unawareness in order to achieve their desired results, so if you pay attention to the points which we have mentioned in this regard, you can act more carefully and prevent your system from being hacked as well as your information from being stolen and abused which can make a lot of trouble for users.

Click to analyze your wesbite SEO
What is the best anti-spy app for Android?

What home devices can be hacked?