Linux is the best known, most widely used, most secure open-source operating system. In this article, we will see the reasons that make Linux the best choice in security.

Linux is an open-source operating system (OS). An operating system directly manages hardware and system resources such as CPU and storage memory. To understand Linux, you need to know that the operating system is essentially the interface between programs and hardware and establishes connections between all your software and physical resources. This article will tell you what it is and learn about its benefits, distributions, and components. 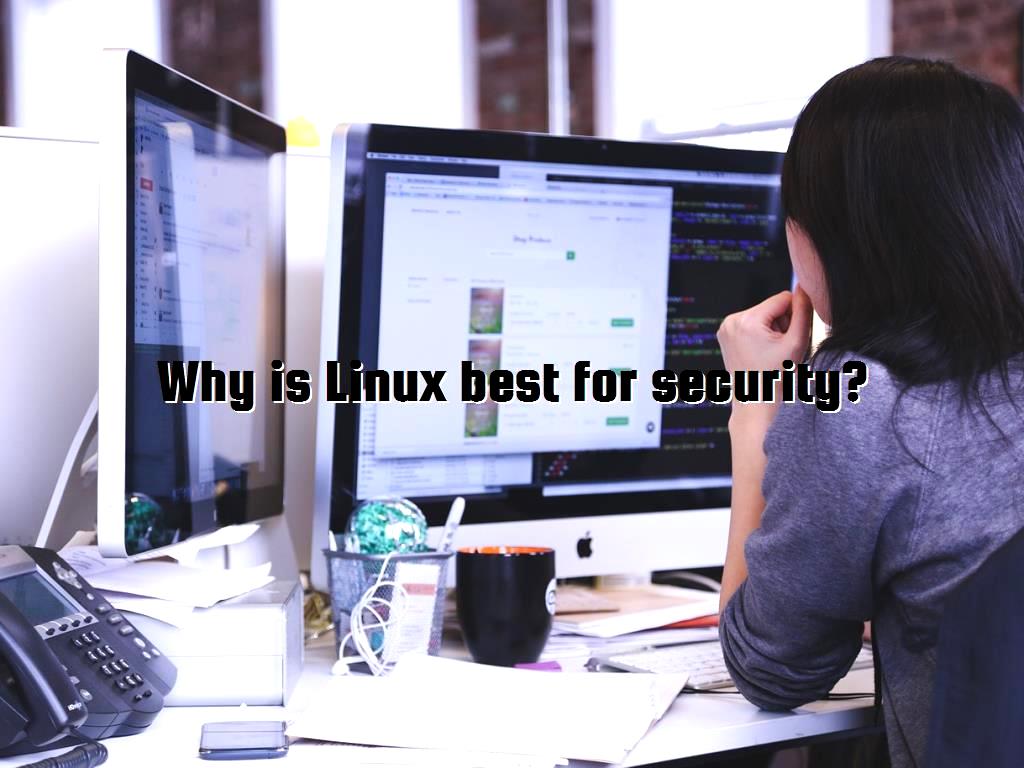 What is an operating system?

Also, in the field of hosting, when registering a domain and preparing and buying dedicated and virtual servers or buying hosts, you should choose the best option depending on the type of server operating system. A server is a software or hardware device that accepts and responds to requests sent over the network. Because servers vary depending on the type of operating system and their performance, you should consider this when purchasing a web server or web services, buying a virtual server (VPS), or unlimited or shared hosting.

Some software runs on certain operating systems. For example, PHP or Python is a language that runs on this servers. It can be said that using any computer or mobile device is not possible without having an operating system. The most important types of operating systems are Linux, Windows, Mac, Android, iOS.

Unix is one of the most popular operating systems globally due to its extensive support and distribution base. Unix was first developed as a multitasking system for mainframe minicomputers and frames in the mid-1970s. Unix has several distributions, and Linux is a free version of Unix created by Linus Torvalds. He has been producing Linux since 1991 as a student at the University of Helsinki in Finland. Unix released the first version of Linux for free on the Internet and inadvertently created one of the greatest software development phenomena of all time.

Today, Linux is written and maintained by a team of several thousand developers working together across the Internet. In March 1999, the first Linux World Expo was held in San Jose, California, with an estimated attendance of more than 12,000. Most estimates put the number of these users around 10 million.

What is the Linux operating system?

Linux is one of the most popular versions of the UNIX operating system. This source is free, and its source code is freely available. Its use is completely free. Because it is designed to be compatible with UNIX, its performance list is very similar to Unix.

As mentioned earlier, operating systems are the interface between applications and hardware and provide a connection between all your software and server resources. it is designed to work with various applications on all mobile devices and supercomputers. Every Linux-based operating system consists of a Linux kernel that runs on hardware components and software programs that cover the rest of the operating system.

The reasons why it is better than Windows

Linux has thousands of important factors that can prove better than the Windows operating system. We further show that Linux is a kernel and creates distribution by integrating many software and handwriting environments. There are hundreds of Linux distributions today, each competing with other operating systems, including Windows.

The Windows operating system is not very light and is so vulnerable that you may lose it if your system is not maintained enough. In contrast, the Linux system is much faster and does not require much system resources, and this feature allows Linux to run on older hardware.

Windows operating system requires high configuration for optimal performance. But if you have an older desktop or laptop with lower hardware, you can easily use it by installing a lightweight Linux distribution such as Lubuntu or Peppermint OS.

But in the case of a Windows system, you will encounter hardware incompatibility, lack of software support, and so on. In addition, for newer PCs, Linux is fully compatible and has the highest performance.

Windows has been touted as the best operating system for novice users, but Linux is suitable for beginners and advanced users. Windows is likely to be more user-friendly because it was the first operating system you saw as a child on your system or school systems. So changing the operating system will probably be difficult for you, and some people have never heard of Linux. However, we recommend installing and testing a Linux distribution like Ubuntu for once.

it is open-source. While most software used in Windows and other operating systems must be downloaded at a cost.

Security and privacy are essential factors for any operating system; that is why the operating system is very popular among users and IT professionals. The Linux operating system does not give root access or administrative privileges to users by default, so threats can not reach the core of the Linux system. But in Windows, malware and viruses easily access system files and can cause large-scale damage.

The core of Linux is open source, so due to the involvement of a large community of professionals and programmers in it, they regularly check for bugs and fix them. In addition, the number of viruses released for Linux is very small. At the same time, Windows has many malicious viruses, which is why after installing Windows, you first need a good antivirus that you need to pay for. 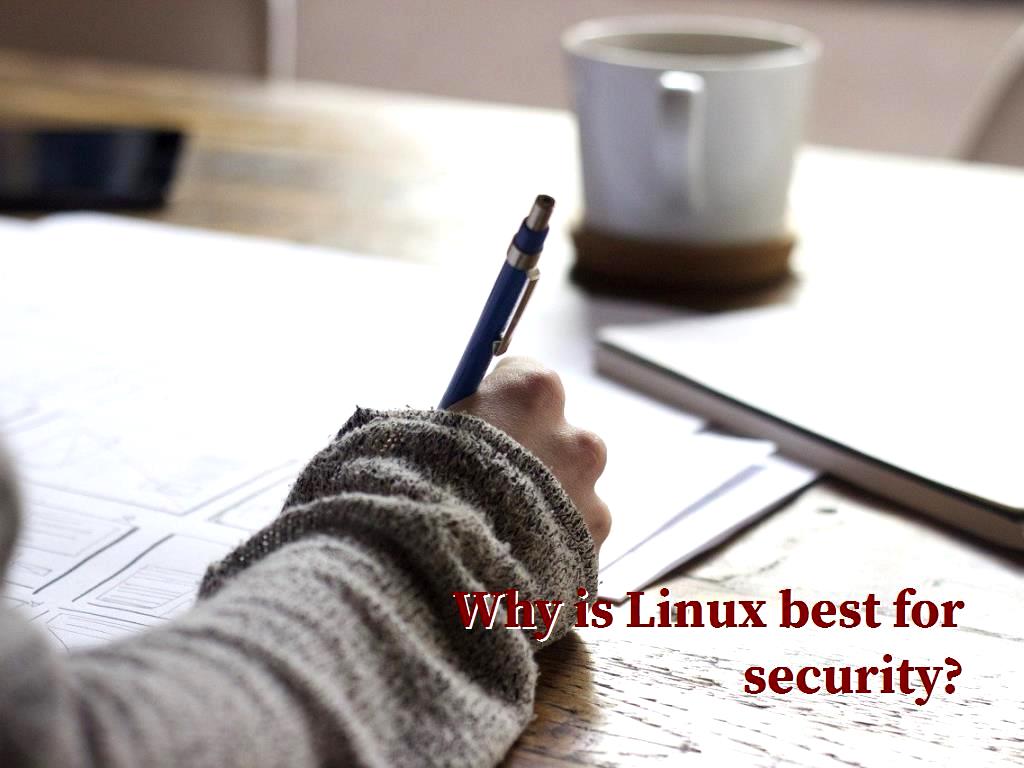 - Threats that are related to viruses and Trojans

Windows system is the best place for virus and malware threats, but fortunately, it is not. In Windows, after a vulnerability is released, only Microsoft produces patches for it. Still, in Linux, a larger community of programmers and engineers generates patches for the vulnerabilities, which are certainly very quick and accurate.

Linux is much more flexible than the Windows system. In the Windows system, everything is pre-configured and closed as a source. And you can hardly make the necessary changes according to your needs. The Windows system introduced the PowerShell tool to connect Linux users with Windows, but that was not enough to attract users.

Linux provides managerial access through a command-line interface that allows users to do their work without special actions. You can change anything in the Linux environment with root access, but Microsoft predetermines everything in the Windows system. You have almost no license to work on the root.

If you are a programmer or planning to program, I highly recommend using these instead of Windows. All built-in developer tools are originally intended for the Linux environment, so they work more efficiently on the Linux platform.

this operating system is very easy to install and update. All software and system update files are included in the central repository, making it more secure and accessible for system and software updates. But on a Windows system, updating third-party systems and programs is more difficult and time-consuming. Not only does Windows receive updates from the Microsoft site, but it also considers any software updates from the application-specific software protocol.

There was a time when Linux was not a good choice at all as a gaming platform, and game developers were not interested in developing their games for this platform. But today, there are many of the most popular games for Linux, and you can play all Linux games or Steam games offline and online.

Website SEO analysis services
What is the most secure Linux?

Security in cloud computing. How to keep it secure?

How can you stop phishing?