Game controllers are an integral part of games today. In this article, we have tried to talk to you about the evolution of these gamepads and their characteristics.If you are also curious to know more about first game controllers.

Like any man-made technology, computer games have not to stay like the first day they were made and had progressed. The first  game consoles and gamepads  were very simple and did not have the complexity we see in them today. In the early stages, these gamepads were designed very simply and only helped the player to play simple games, but over time and as games became more complex, manufacturers. And the repairers of these game controls decided to complicate the controllers as well. In this article, we want to talk to you about the evolution of these  game controls  and tell you the history behind the consoles and first game controllers that we enjoy playing with today. However, every device has gone through a long path to progress slowly and finally to the way we see it today and enjoy using it.  Game controllers  are no exception to this rule and were initially designed to be very simple. Still, as games become more advanced and other players become more professional, those old controllers will no longer be useful to players, and these new controllers will be replaced with new types.

In the distant past, in 1977, very simple gamepads were designed. Atari was one of the first producers of this generation, whose name and address may no longer remain today, but it was able to attract many players to itself in its time. Later, other companies, such as Sony and Microsoft, could design and manufacture various types of controllers. These gamepads were originally designed to be very simple and have a very simple appearance. Some even had only a handle and a button to play. These gamepads were usually square and rectangular and had no special features. You could only go left and right and back and forth or do various movements such as hitting or running with them. After that, the controllers slowly began to evolve and eventually evolved into the types of wireless and cores we see today. If you want to know some models of these gamepads, follow us to the end of the article.

The evolution of the gamepad

These controllers were the first  gamepads to be designed and produced  more sophisticatedly. Atari made significant progress in the production of various types of gamepads by producing and designing this category. This control had a very high response, and along with its simple design, it was able to attract many people to itself.

This controller is another game category designed and produced after the Atari gamepad. The company was able to change the way we looked at gamepads and produce similar controllers that we see today. These controllers had special keys for moving the characters and several other keys that executed various commands.

After the  microgame console, this generation was one of the most exciting and beautiful generations of controllers that every gamer could see in that period. ‌Sega introduced its interesting and exciting console in one thousand nine hundred and eighty-eight. These  game controllers  were very high quality and interesting both in terms of hardware and  software, and due to their well-designed design, they fit well in the hands of gamers. We can consider this controller the beginning of the game control design movement towards proper ergonomics.

These gamepads looked weird, but they still managed to get a lot of attention. This  game controller  cannot be known as the best-designed controller. In any case, it was very good quality control and had its advantages.

The PlayStation gamepad  is one of the most popular gamepads that all of you have seen once in your life. This gamepad did not have a comfortable navigation button and a shocker until this feature update was offered them in the year nineteen ninety-seven, which caused a lot of fans to go to purchase these controllers.

Microsoft tried to design controllers' proportional controls for it along with the Xbox. The company attracted many people's attention by designing tailored controls that have many capabilities. These groups were wireless and had no rivals until then.

Finally, in 2013, Sony was able to turn the game world upside down by designing these categories. The company was able to make fundamental changes in the design of this generation. Many of the buttons in this gamepad were replaced with others. These controllers were the most exciting and well-proportioned gamepads any player had ever seen. 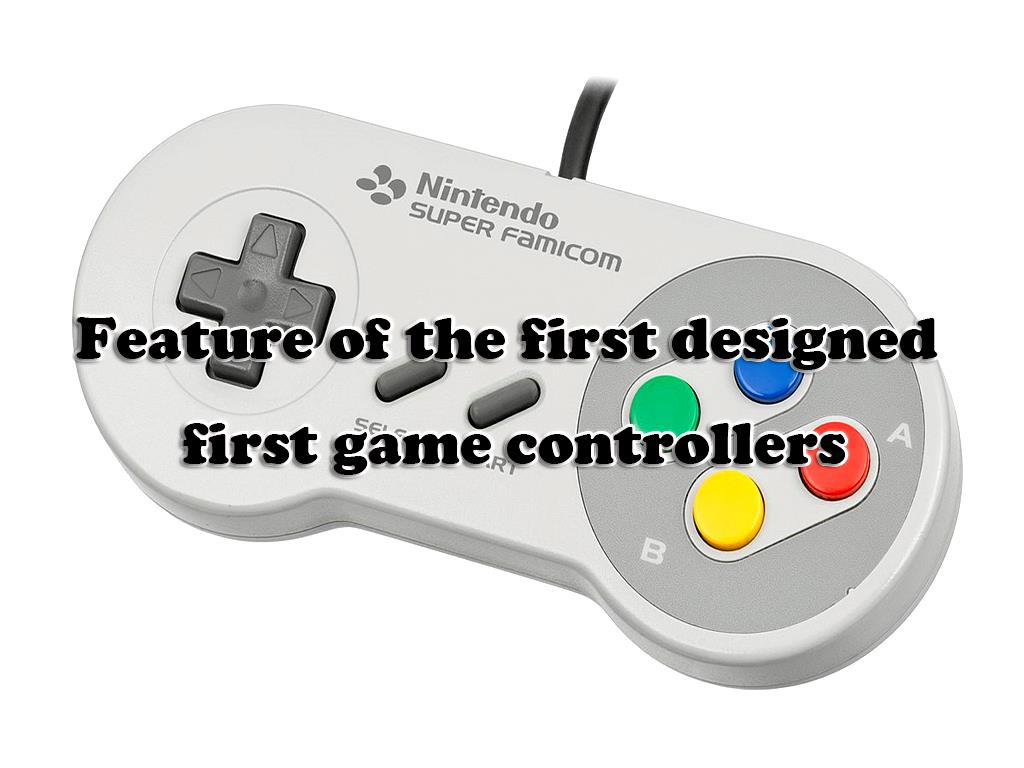 This generation is another popular controller that still is used by people. These gamepads are not much different from their predecessors, but they have very well-proportioned physical characteristics that have attracted many people.

As we said before, gamepads have not been the same as we see them today from the distant past. One of the reasons the world of computer games has reached the popularity it has today is the design of these advanced consoles and gamepads, which led many people to be attracted to the game world. In addition to making gaming easier, these consoles have led  game developers, in general, to try to produce more exciting games.