You probably have already heard about windows defender, but we will have a brief review and see its accurate meaning. Then we will see the windows defender's features and understand what it exactly does do for us as well as the importance of it. 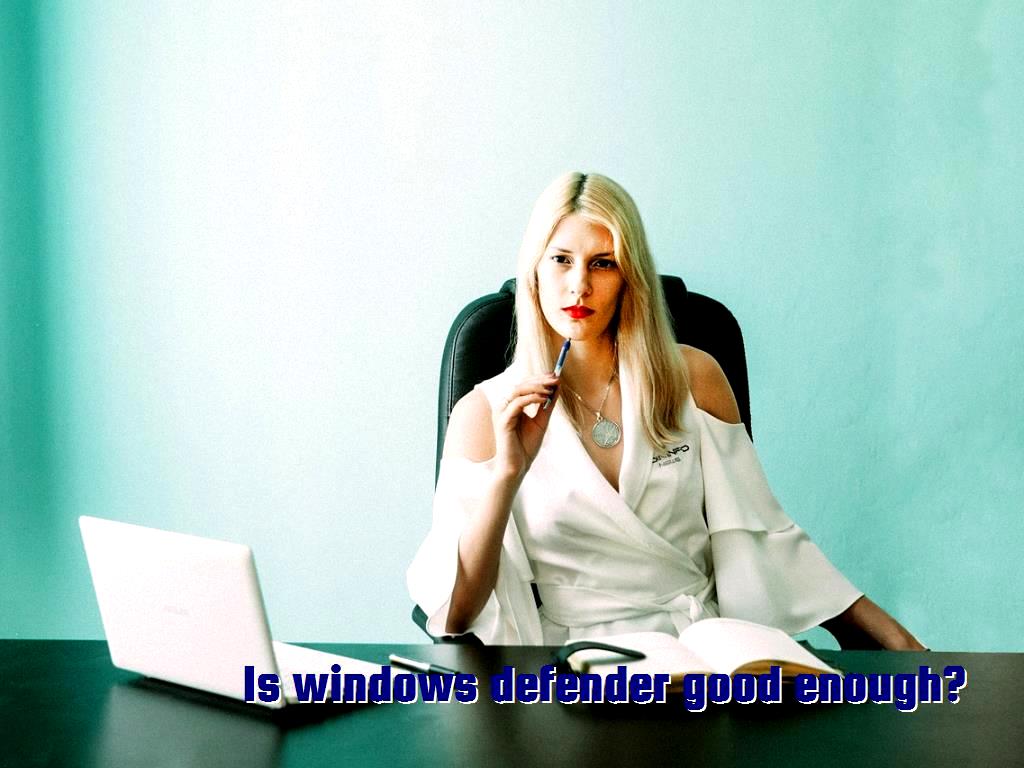 What is windows defender?

Windows Defender is a security tool  in the Windows operating system built to detect, remove, and quarantine viruses, trojans, and malware and are installed by default in Windows 10, 8, and 7. This operating system is a program to prevent the re-infection of the computer. It contains the action of software that causes unwanted messages and reduces performance and security threats that are installed by spyware or programs that are inadvertently installed on your computer. Defender software can detect and remove this range of spyware.

The history of this operating system

This operating system was first built on the core of GIANT's GIANT anti-spyware software. This company joined Microsoft on December 16, 2004.

The new version of this operating system:

After a while, Microsoft software preferred Microsoft security to Windows Defender. It started to use that instead, but again Microsoft reverted to Defender three years later and released a new version with Windows 8 in 2012. Of course, the latest version was based on the same program like  Microsoft Security Essentials; in fact, only its name was changed. Microsoft's goal was to give the program a nostalgic character. This program was re-released on Windows 10 after three years. This version was again the same program like Microsoft Security Essentials, which continued for two years until Microsoft was determined to produce and release a new version of this program. Finally, in the same year of 2017 or early 2018, the Defender program started with a very advanced and up-to-date user interface; in simple terms, the design language of the entire program was rewritten, and a series of new features such as family or account login were added to it. After a few months, this program became a subset of Microsoft Security with the latest September 2018 update. Of course, Microsoft Security is the same setting as Windows Defender.

Does your system or laptop need an antivirus?

A virus is a type of computer program  that, while running a program, repeats itself by modifying other computer programs and entering its code, causing information loss and costing users. It is interesting to know that antiviruses, contrary to their name, do not only protect you against viruses, but a strong antivirus also protects you against other items that are listed below.

Rootkits penetrate your system through vulnerabilities in your operating system or applications, allowing criminals to control your device remotely without you noticing.

Worms multiply through networks and generally damage the network by occupying bandwidth, while viruses often cause malicious programs on the infected computer and lose its information.

You must have heard the story of the Trojan horse, and there is no need to explain it again. A trojan hides among seemingly harmless programs or tries to trick you into installing it on the system with your own hands. When a trojan enters your system, it quickly installs its malware without you noticing. Shows criminals access and control of the device.

Spyware is another type of malware that starts collecting your essential data and information and sending it to a third party. Spyware threatens people's privacy.

As its name implies, ransomware is malware by which criminals ask you for cash, bank accounts, or wallets passwords.  The ransomware starts encrypting your files  as soon as it enters your device. You can practically no longer use your essential documents, files, images, and data unless you can decrypt them in some way, which is usually unlikely to happen. Even paying money to the ransomware maker often results in a loss of costs. 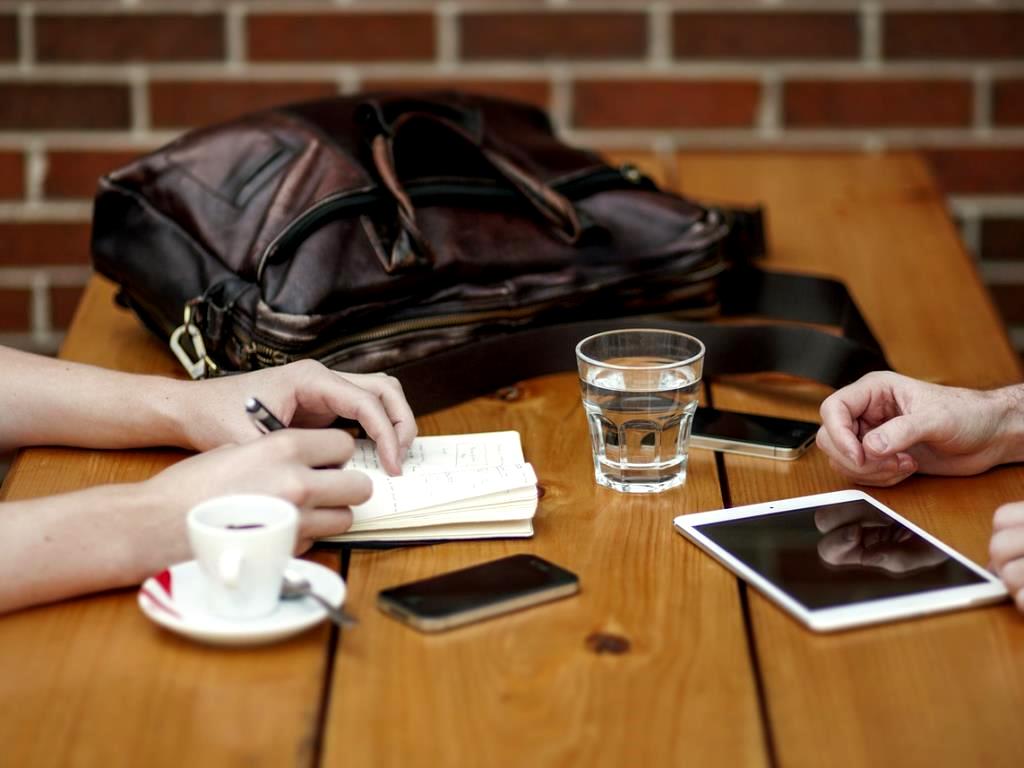 What does it do?

It helps you prevent unwanted sending and receiving of information to save your computer information from being exploited by spyware and the Internet. It also provides an active guard that blocks spyware from infiltrating your computer. This program is always happening without interfering with your work. This software is automatically loaded in memory and prevents spyware from penetrating the system based on the settings you have applied to it.

- Add new locations to the app

- Authorize your trusted application (ie, you can manually select an application that you trust to avoid being deleted as of a virus later) similar to ESET

Is it enough? So what about other defenders?

If you look at the antivirus scoring chart, you can easily find the better antiviruses; for example, Avira Antivirus repelled 98.8% of malware and  malware attacks  in April 2017, which is a very high amount; but Avira has not been able to maintain its excellent performance in the long run, while in the long run Defender has managed to achieve a score of 4.5 out of 6, which is an acceptable score. In addition, some antiviruses may perform a little better in monthly tests, but their use can sometimes be problematic, such as slowing down and causing problems in the Windows registry. It is both free and uncomplicated and usually does not bother you. But if you are not interested in using it for any reason, you can choose to use other antiviruses.

Some negative features of this operating system

- It is not able to block spyware or malware.

- Parental controls and Internet security features in browsers are limited.

- There are delays in updating the database, which may be harmful to users during sudden attacks.

Most asked questions about the function of this:

Yes and no, it can defend against malware, but it can not be completely trusted. It may not work well enough for Windows 10 if complex malware exists.

As you know, it comes with Windows itself. There is no harm in keeping it. Despite third-party antivirus software, it gives you a more excellent layer of protection against spyware and adware.

- Can it remove the malware?

Yes, Defender scan all annoying viruses, but it also removes them from the system.

So, the answer to your question "is Windows Defender good enough"; Yes, it is. But if you want to add advanced features and security to your computer, you can install another antivirus software for it.

Is it really a good antivirus?

Many specialized websites and forums are testing  different types of antivirus  and firewalls. One of the most popular websites is av-test.org, which regularly launches a bunch of viruses and malware instead of antivirus versions and publishes its survey results.

It is a powerful antivirus. A review on June by av-test found about 95% of significant malware and even stopped 85% of new or so-called first-day attacks (the first hours after discovering a new security hole or Zero-Day Attack). However, the score given to it is very low!

Perhaps the only weakness of Windows Defender is the lack of advanced features and settings available in products called Internet Security or Security Suite. However, at least it protects Windows users against malware. According to Microsoft, Defender's 50 percent stake in the Windows database means more than 500 million computers. It is now the core of a more oversized suite in Windows 10 called Windows Security, which has more security features such as account protection and parental monitoring. Microsoft has even released a particular version of Defender for Mac OS.

Click to analyze your wesbite SEO
Is my Google phone secure?

What do you call a cyber security?

What are the uses of firewall?