There are different types of hackers, each with different goals, and in this article we are going to address why hackers try to hack.

These days one of the topics which are very popular among internet users is hacking which has a wide world, if you want to know a little more about the topics in the world of hacking, we suggest you take a look at the articles on our site, so you can get more familiar with a wide range of topics in this field.

There are many hackers, and the main point is that hackers are currently the main concern of the  information technology community.

As you know, there are  different types of hackers, and each of them has a different motivation to do this job. In this article, we will examine the main causes of choosing this job by these people. 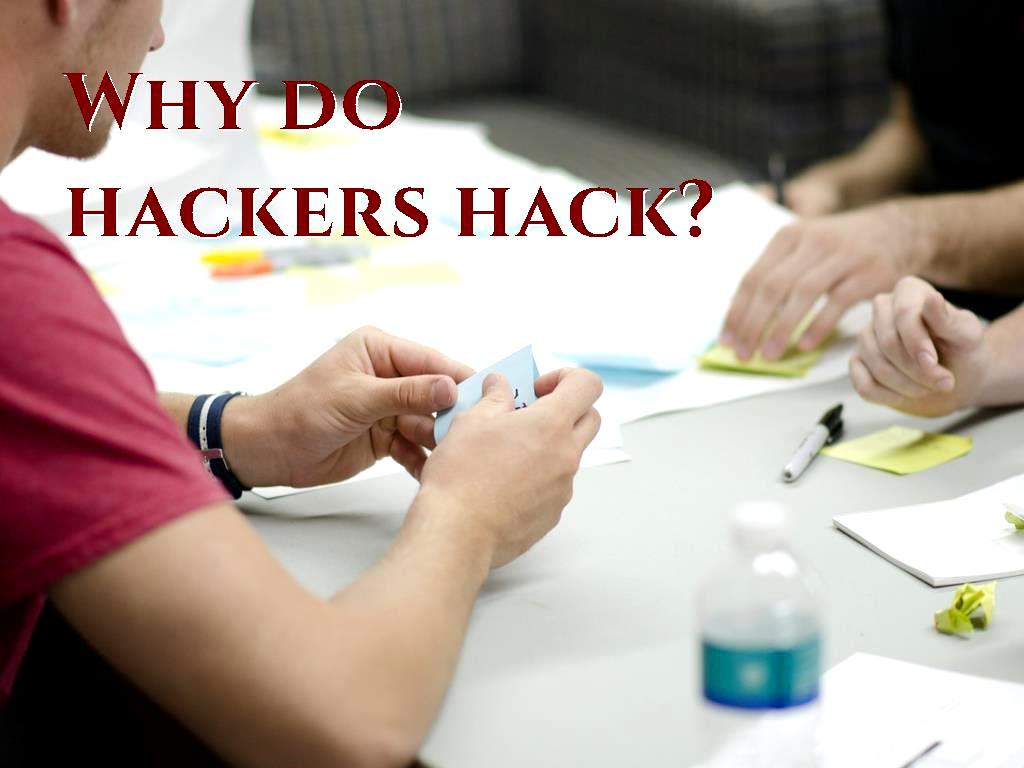 Hacking is a process in which different people, through a set of activities, can gain access to information and other people's systems without their permission.

All  hackers can make a lot of money according to their talent and knowledge, which is one of the reasons why the number of hackers is increasing every day. A lot of income that they can earn through their work can be considered the main reason they are doing this task.

Why do hackers hack something?

There are many reasons why  the number of hackers is increasing every day, some of which are mentioned in the following.

If you have been browsing the Internet a little bit, you have probably heard a lot of news about this issue. For example, one of the big and reputable banks has been attacked by hackers, and all the information about different users has been stolen.

In fact, by stealing the identity of bank customers, hackers can access their accounts in other banks as well.

Obtaining such information is the common goal of all hackers, who do their work in violation of existing laws and are opposed to ethical hackers.

This happens a lot in different countries. For example, in 2014, identity theft cost the United States about $15 billion.

Given all these reasons, it can be said that the theft of money from different people's accounts by obtaining their identity and gaining access to their bank accounts is one of the reasons that hackers try this job.

We explained to you about theft in the previous case, but sometimes hackers may intend to steal items apart from money.

In this regard,  hackers steal important information  that various organizations or individuals protect and ultimately use it to achieve their malicious desires.

In general, many hackers have hacked various systems to gain access to information from government agencies or private organizations and individuals.

There have been many  reports of cyberattacks  and, finally, theft of very important information to date. According to these reports, espionage is one of the most important goals that many hackers try to achieve by hacking systems. 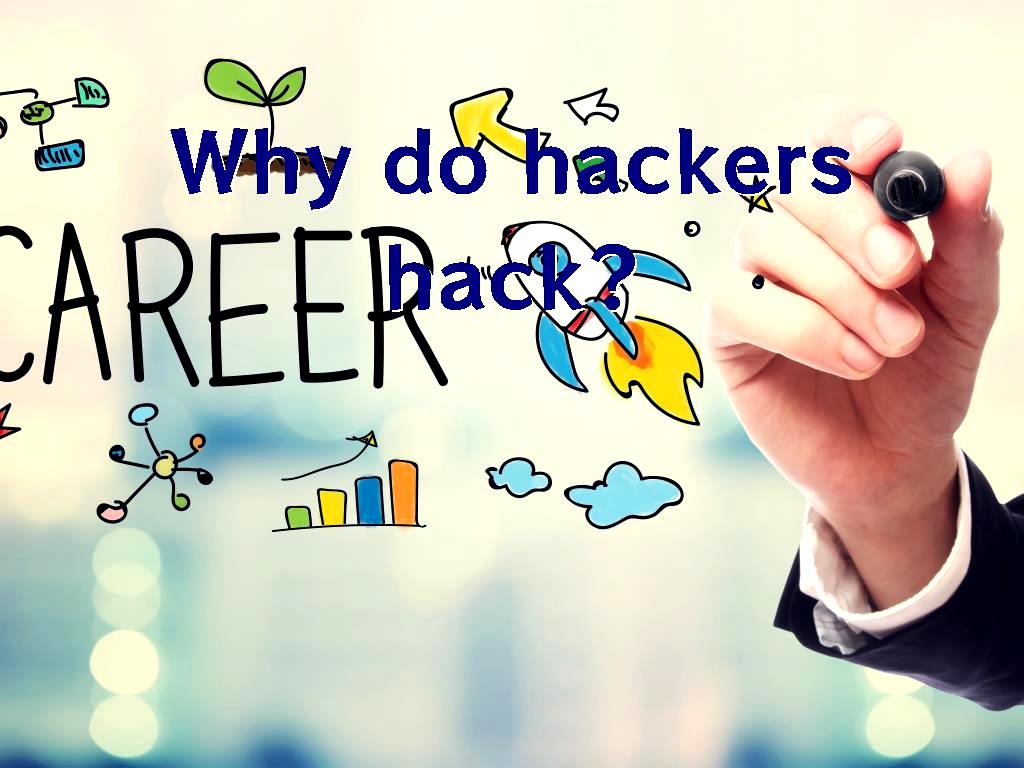 Another important reason that can be mentioned in this regard is that  hackers can remotely take control of any system  they want and be connected to the Internet by hacking various systems.

Hackers use various methods to exploit different systems, such as using a Trojan virus or other means.

Once they have full control of a system, they can do whatever they want. It should be noted that the FBI has warned that even Internet-connected vehicles can be hacked and controlled.

Therefore, if you want your system not to be easily accessible to various hackers, it is necessary to observe all available security measures so that there are many  security layers  for hackers to enter. As a result, they cannot achieve their goals easily.

As you know, there are  different types of hackers, all of whose personalities have specific characteristics according to the type of hacker. Still, a common characteristic among all of them is a sense of curiosity and adventure.

Sometimes a hacker has no reason to do his job, and it is only because of a person's sense of adventure so that he/she begins to hack a system.

In fact, in addition to this reason, they want to test their intellect and skills in the field of hacking.

One of the main reasons  hackers try to hack is to gain fame among different people.

Simply put, these people try to increase their knowledge in hacking to cross the security layers that not every hacker can cross. As a result, they will become famous among other hackers.

This is a very important reason for hacking, and hackers may spend many years trying to gain access to the system of a large and reputable company. Finally, in addition to achieving fame, they warn the company that they have  some security holes  in their systems so that they have to provide it with the necessary security to prevent different people from accessing the systems as well as their essential information so that it is necessary to take more action.

For example, one of the most famous hackers globally is Kevin Mitnick, and you can find more information about him in the articles on our site. Still, in short, Kevin Mitnick was born on August 6, 1963, in Van Noise, California and raised in Los Angeles,  Kevin Mitnick  has other names such as The Condor, The Darkside Hacker.

It can be said that he did his first project when he was too young, at the age of 12, and in this action, he used the method of social engineering, after which this method became one of the techniques that he preferred to use in his projects.

In fact, at this age, he was able to trick a bus driver and, with the help of social engineering as well as Dumpster Diving he could bypass the punch card system, which was being used in the Los Angeles bus station, and he was able to continue his work professionally; as a result, he could gain a lot of fame, and he could get the title of  the number one hacker in the world  which is a title that is too hard to be achieved by hackers. Still, he could gain in due to his massive and successful projects.

Another reason why hackers hack choose this profession is revenge. Taking personal revenge may be the goal of hackers, so they try various ways to achieve order target's system to do whatever they want.

After taking control of the target system, the hackers can perform various actions such as stealing information, accessing the accounts of the system owner, etc., most of which can be done immediately after hacking. They can also send spam emails to users they are in contact with, eventually losing their credibility.

In general, hacking is very widespread, and it has an attractive world. In this article, we have mentioned some reasons hackers prefer to choose this profession, the most important of which are revenge,  espionage, etc. Each of them can persuade hackers to sit behind their system for a long time to achieve their goal.

If you are dealing with computers, etc., you should observe all the necessary security points while working. If you think that you do not have enough knowledge in this field, you should seek help from experts in this regard. As a result of which different people cannot easily access the system as well as your personal information and abuse it to achieve their malicious goals, we hope this article can be helpful for you and the points can help you protect your information against various kinds of threats (in German:  Schützen Sie Ihre Informationen von verschiedenen Arten von Bedrohungen  ).

Click to analyze your wesbite SEO
Is phishing illegal?

Why is it difficult to prevent a DoS attack?

Five ways to improve your information security in 2021